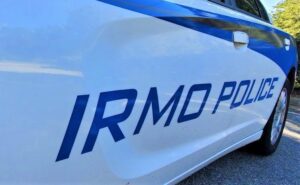 A pipe bomb was found, Monday, at a bridge into an Irmo subdivision. Irmo Police found a “suspicious device” at the entrance to the Hidden Oaks subdivision, near the intersection of Cressfell and Chapelwhite roads, according to Irmo Police Chief Courtney Dennis. Traffic on the bridge was closed to allowed for the safe removal of […]