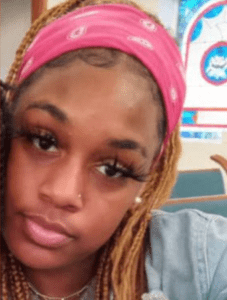 Lexington County Coroner Margaret Fisher has released the official cause of death ofRichland County teen, Sanaa Amenhotep, whose body was recovered from a woodedarea in Leesville, Thursday. According to Fisher, an autopsy performed Friday confirmed that MissAmenhotep sustained multiple gunshot wounds. The autopsy concluded that thegunshot wounds were the cause of Miss Amenhotep’s death, which […] 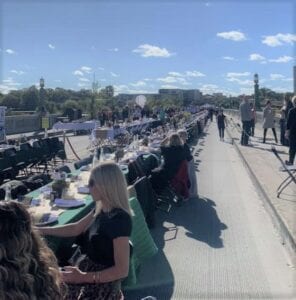 The Gervais Street Bridge will be closed to driver traffic beginning Sunday, May 2, at 9 a.m., until midnight for the Gervais Street Bridge Dinner. The intersections will be blocked heading East towards Columbia on Sunset Boulevard, Alexander Road, and Meeting Street. Please use alternate routes such as Jarvis Klapman Boulevard. Public parking options for […] 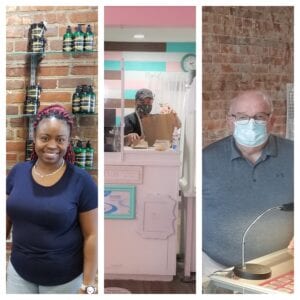 Tamara Brown signed the lease at 114 State Street, West Columbia, on Feb. 14, 2020. She rode by the space and noticed it was available and she thought it would be a great place for JAK’s Essentials.  “Then COVID hit,” she said, “but I decided to power through anyway.” She’s glad she did. Brown opened […] 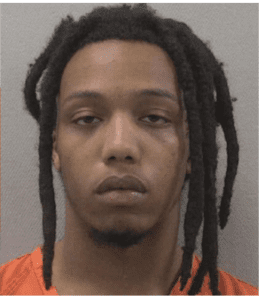 Sanaa Amenhotep, a Columbia 15-year-old who was missing, was found dead Thursday morning in Lexington County. One person has been arrested in connection to the case and and investigators are also searching for Treveon Nelson, according to Richland County Sheriff Leon Lott. He held a news conference Thursday regarding the death. Lott said Amenhotep was […]

State Treasurer Curtis Loftis recently presented Jim Hudson, founder and principal of the Jim Hudson Automotive Group, with nearly $26,000 in unclaimed funds due to his business and various dealerships throughout the state. “I love returning unclaimed property to people across South Carolina, and I am certainly glad when we can return funds to local […] 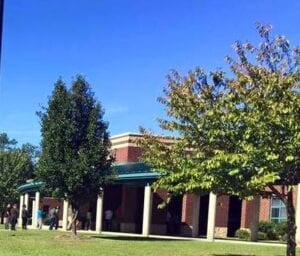 Fifty-nine Northside Middle School students will be inducted into the National Junior Honor Society during ceremony, Thursday. The Lexington Two middle school established a chapter of the National Junior Honor Society this year. To be eligible for membership consideration, Northside students must have a cumulative grade point average of 85 or higher and meet high […] 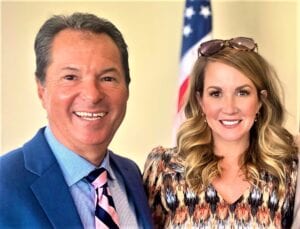 Ashley Hunter, founder of MPA Strategies in Cayce, was recognized at Tuesday’s Greater Cayce-West Columbia Chamber breakfast as: “Business of the Quarter.” C-WC Chamber President Tim James presented Hunter with a US Flag that had flown over the Chamber’s headquarters. The breakfast was held at Stone River in West Columbia.The designation was in appreciation of […] 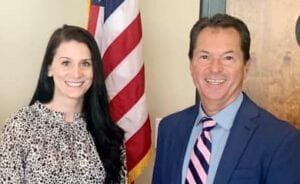 Lindsay Cox was recognized at Tuesday’s Greater Cayce-West Columbia Chamber Breakfast as: Ambassador of the Quarter. Cox is a Financial Advisor at Edward Jones. C-WC Chamber President Tim James presented Cox with a South Carolina flag that had flown over the Chamber’s headquarters. The breakfast was held at Stone River in West Columbia. The honor […]