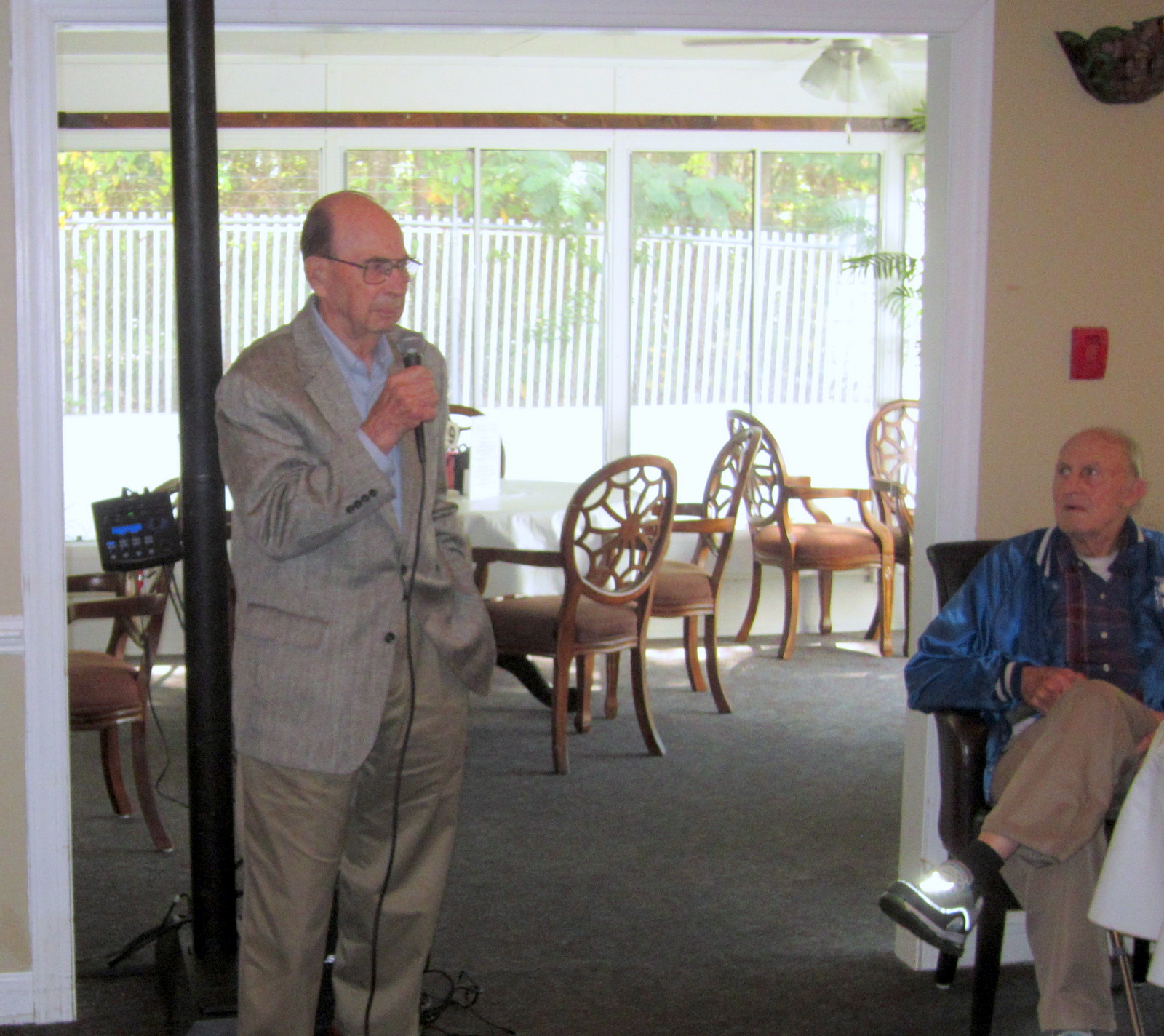 Murray Price, a World War II Bomber Pilot, told a gathering at the Agape Rehabilitation Center what the war was like.

Friday was the 68th anniversary of the US. Air Force, and Price, who flew 40 combat missions in WWII was awarded the Distinguished Flying Cross, two Battle Stars and seven medals. He marked the Air Force’s birthday with his talk.

Price was raised in the Red Bank area of Lexington. He’d been to Charleston and Asheville, N.C. before volunteering for the U.S. Army Air Corps in 1943. He said he swam in the exotic waters of Waikiki Beach before he ever went to Myrtle Beach in his native state.

Price, now a robust 94-years-of age, told of training in California. Then, as a part of a 10-man crew, he  was sent to the South Pacific island of Saipan, where he was the co-pilot of a B24 bomber.

Price, with emotion in his voice, told of the deep sorrow he felt as he witnessed friends – flying beside him – shot down to their death.

“We had eaten with them the nght before. We had talked to them,” Price said. To see a bomber with 10 soldiers lost in war was difficult to accept for some of his comrades.

Price said he saw emotional breakdowns, with vows by soldiers never to return to the air. Only to have them recover, and continue the fight for their country.

At 22, Price also said he was paired with soldiers from all over the United States. His bomber crew consisted of a radio man, an engineer, gunners and the like. They came from Indiana, Maine, Louisiana and elsewhere. None of them were ever injured physically, Price said. But he said the toll the war took on them psychologically was harsh in some cases.

He spoke with affection about every crew member. Price said he formed strong relationships with the men, and followed their lives after the war, too.

Price also talked about an America that was unified.

“Everybody was involved in World war II,” said Price.

He also said the culture and society has changed significantly since the war.

Billed as “The Greatest Generation” Price certainly demonstrated that the people of the WWII-era had its share of honor and nobility.