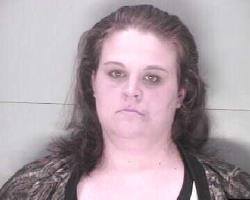 February 23, 2016|[email protected]_news|Comments Off on Woman charged with felony DUI after baby dies|NEWS

Andalyn Mills, 31, has been charged with felony DUI after an accident earlier this month that lead to the death of a prematurely born baby.
Mills, of Pelion, was initially arrested for DUI after the Feb. 13, wreck on Two Notch Road. A SCHP report said she crossed the center line in her vehicle and hit a pickup truck head-on.
A woman inside the truck, with her husband, was expecting their first child. Both were wearing their seatbelts. The crash caused the woman, who was close to seven months pregnant, to go into early labor.
The baby was delivered and placed on emergency life support, but died three days later on Feb. 16. The baby’s death resulted in authorities  upgrading the original charge to felony DUI involving death.
Mills and the expectant parents were injured in the accident. Mills was denied bond Monday and remains in the Lexington County Detention Center.