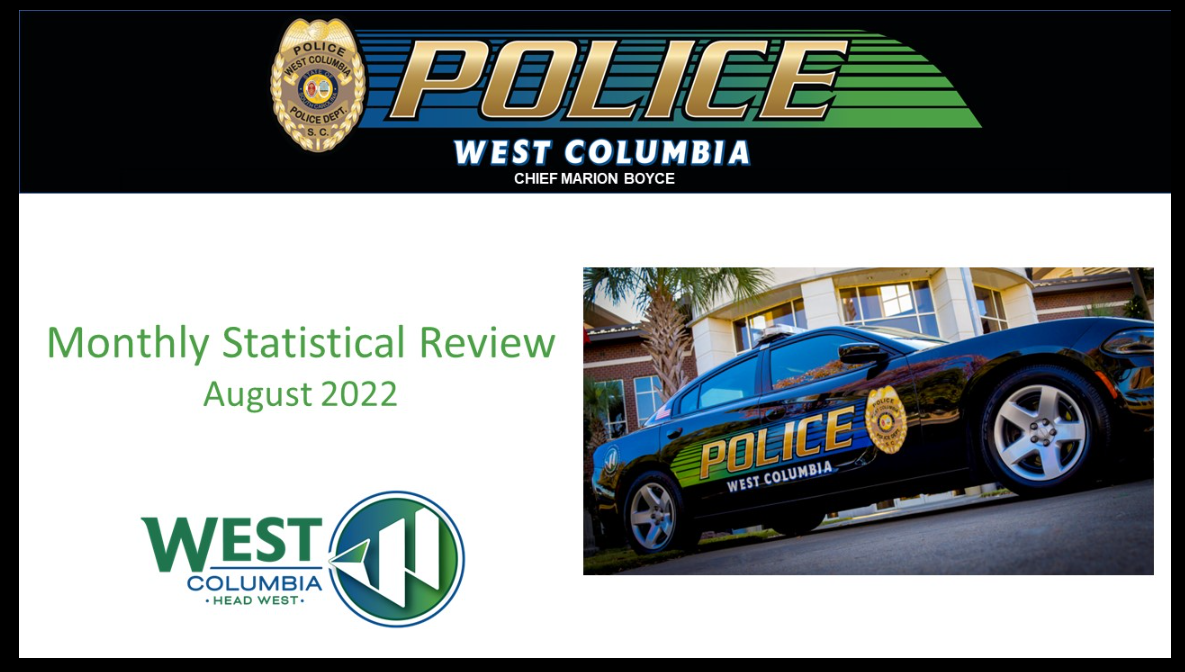 Which intersections had the most crashes in West Columbia in August?

September 6, 2022|admin|Comments Off on Which intersections had the most crashes in West Columbia in August?|NEWS

West Columbia Police Department has released its data for the month of August.

The West Columbia Police Department responded to 3,059 calls in August. Down from 3,131 in July.
There were 107 collisions responded to, compared to 84 the month before.

The top calls for service were: “suspicious person”; Alarm; accident; larceny; civil issue.
Of the 15 theft from vehicle calls, 87% used no force.