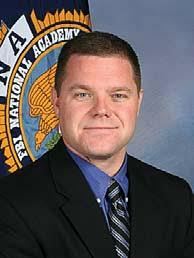 The Town of Chapin has hired Seth Zeigler to lead its Police Department, beginning Feb 8.  Zeigler, a

Chapin native, most recently served as Captain of the Patrol Division for the West Columbia Police Department.

“Seth Zeigler has risen through the ranks of the West Columbia Police Department over the past 17 years, holding numerous positions in the patrol, special operations and investigations divisions and rising to the highest level he could attain with the exception of being named chief,” said Chapin Mayor Skip Wilson. “He has extensive experience in management, budgeting, grants and community policing for a much larger department and is well qualified to lead Chapin’s Police Department as we continue to plan for growth in our community. We look forward to having his leadership skills and passion for public safety as part of our team.”

Zeigler holds a bachelor’s degree in criminal justice from the University of Oklahoma and is a 2008 graduate of the FBI National Academy.  He received an associate’s degree in criminal justice from Spartanburg Methodist College and Class One certification from the South Carolina Criminal Justice Academy in 1998. He is active in the South Carolina Law Enforcement Officers’ Association, the Lexington County Law Enforcement Officers’ Association and a member of the South Carolina Chapter of the FBI National Academy Associates.

Zeigler graduated from Chapin High School in 1994, and his father Bill Zeigler was chief of the Chapin Fire Department.  Zeigler and his wife Julie have two daughters, Zoe (6) and Mia (2) and currently reside in Lexington.