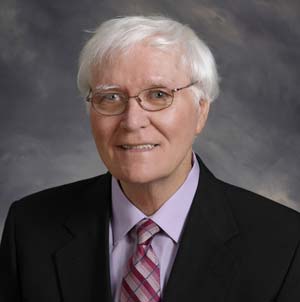 A West Columbia woman has filed a complaint against Mayor Joe Owens. Owens said there is no validity to the accusation.

Cora Washington of Monticello Street said Owens harassed her, confronting her about the “Bobby Horton” sign in her yard. Horton is challenging Owens for the office of West Columbia mayor.

The West Columbia Police Department incident report has Wednesday’s date on it with the incident time of 1:30 p.m. The report was filed at 3:25 p.m.

Owens said he spoke with Washington, but there were no harsh words.

“We left there peacefully, with not a cross word at all,” said Owens. He said his wife Debby was with him.

“I’m just thankful I was there,” said Debbie Owens, Joe Owens’ wife. “Joe would never get into an altercation with a woman.”

She said the complaint is a tactic related to negative politics and it’s intended to generate bad press for her husband.

In Washington’s report to the police department, she said Owens rode past her house more than once before stopping and confronting her about the Horton sign. Washington stated in her complaint that Owens began talking about “specific monetary wrong doings by Mr. Horton in his previous years as the mayor of West Columbia.”

Horton said any accusations against him involving any finances are false.

“That’s totally untrue,” Horton said. “That can be verified by checking city records.”

Horton also said in his seven-and-a-half-years as West Columbia mayor  he traveled to Washington DC on  several occasions to get money for the city. He said just under $8 million in federal and state grants were secured in his time.

Washington said in the report that Owens said that “all of her negative political views of him were placed in her head from the influence of (West Columbia) Councilman Boyd Jones.”

According to the report: “Ms Washington was advised of the elements (by police personnel) of the crime of harassment. Ms Washington admitted that at no point did she instruct Mr. Owens to vacate her property, but stated she would articulate her view about trespassing if he returns.”