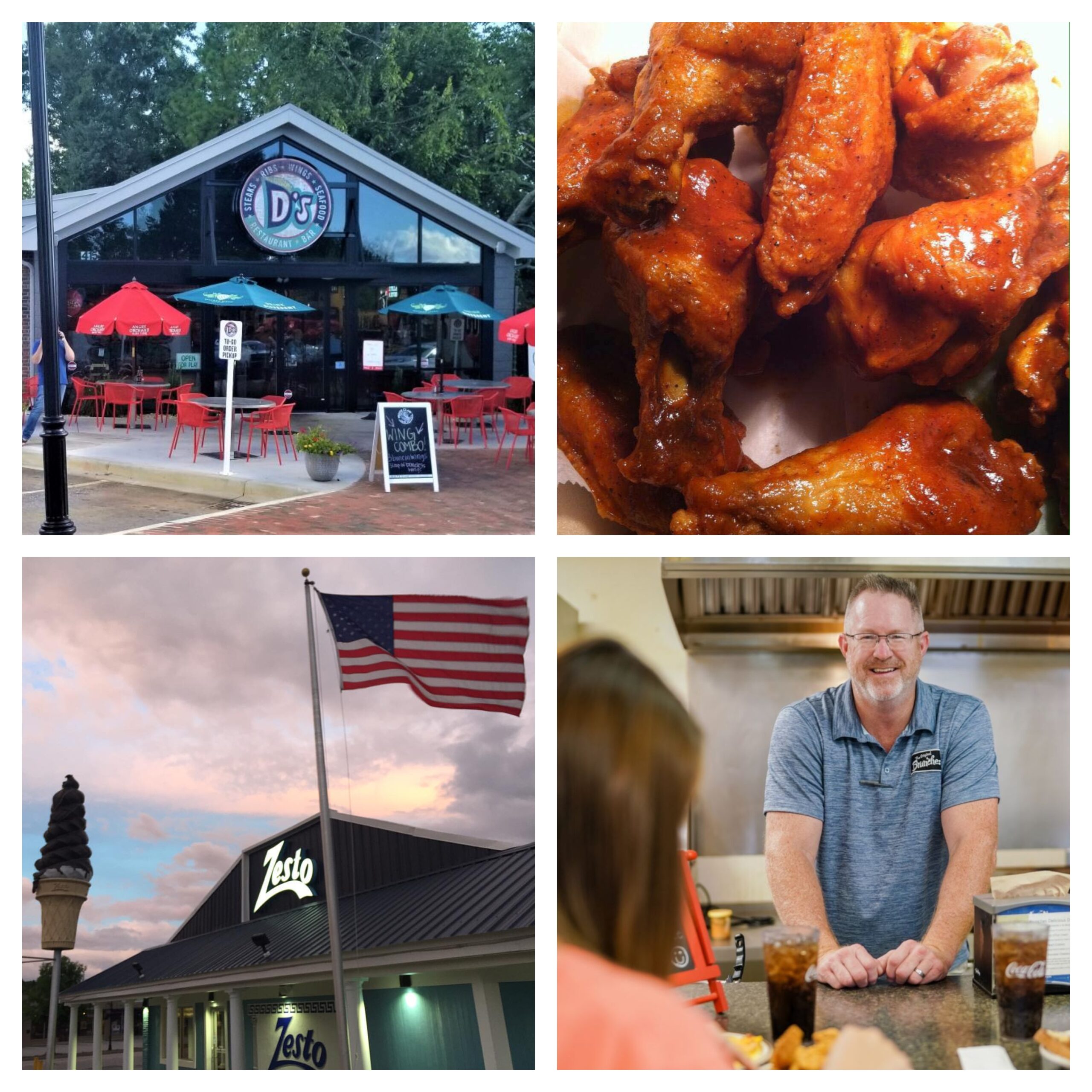 Anticipation is in the air. High school football kicks off this week and the first game for the University of South Carolina is Sept. 4, at 7 p.m. at home versus Eastern Illinois. Clemson hosts Georgia at 7:30 p.m. on the same day.

Before the big game there is tailgating and that means a lot of West Columbia restaurants will be preparing their most popular pre-game recipes.

“We sell more wings than anything else for tailgating,” said Scott Thurber. He and Billy Rentz own D’s Wings at 415 Meeting St., West Columbia. “Our raw fries are another popular item on our menu for tailgating. “We cook 400-to-500 pounds of potatoes on game day.”

He said Teriakyi wings and lemon pepper wings are the biggest sellers for tailgaters. Others wing recipes include D’s dry rub and medium Buffalo. “We also have a Cajun wing,” Thurber said. “It’s the hottest. It’s called the suicide wing.”

D’s tailgating business is high volume. Thurber said he keeps a special notebook for tailgate orders and some of his clientele place their gameday orders weeks in advance. The 100-piece wings, and big box of raw fries, is what many of his customers get.

Thurrber said D’s is busy even when the Gamecocks play on the road. His customers pick up their orders and go back home to watch the game.

“They watch the game on a 70-inch TV screen and eat wings and raw fries,” he said.

Zesto offers a 12-piece chicken tub with a pint of cole slaw, fires and rolls to its tailgate customers. It’s good to call ahead to get your order in.

Zesto diners are adamant in their praise of the chicken.

“Has to be the best fried chicken we have ever had,” said Ben Allen in his review of Zesto.

Darby Anderson said Zesto “fried chicken is the best around.”

Mark Price said Zesto “is my favorite place for fried chicken. I could eat here everyday. It is perfectly seasoned and crunchy.”

This will be the first football season Savage Craft Ale House has been open at 430 Center St., West Columbia.

Gil Brand is the owner of The Original Brunches at 2245 Leaphart Rd., West Columbia.

“We get gameday traffic for games that are later in the day,” he said. “If it’s a noon game, we don’t get tailgate traffic.” He also said most of his gameday diners come in and eat and then go to the game.

Bricks and Stones serves plenty of wings to its tailgate customers, but there’s more in their package.

“Our tailgate special is a package with 40 wings, two pizzas and drinks,” said Cheri Revels, the front manager for Bricks and Stones. “It’s called the family pack.”

Revels said it is a good idea for tailgate customers to place your order ahead of time to avoid the rush.

There are many great West Columbia restaurants to enjoy before or after the big game. A list is below: