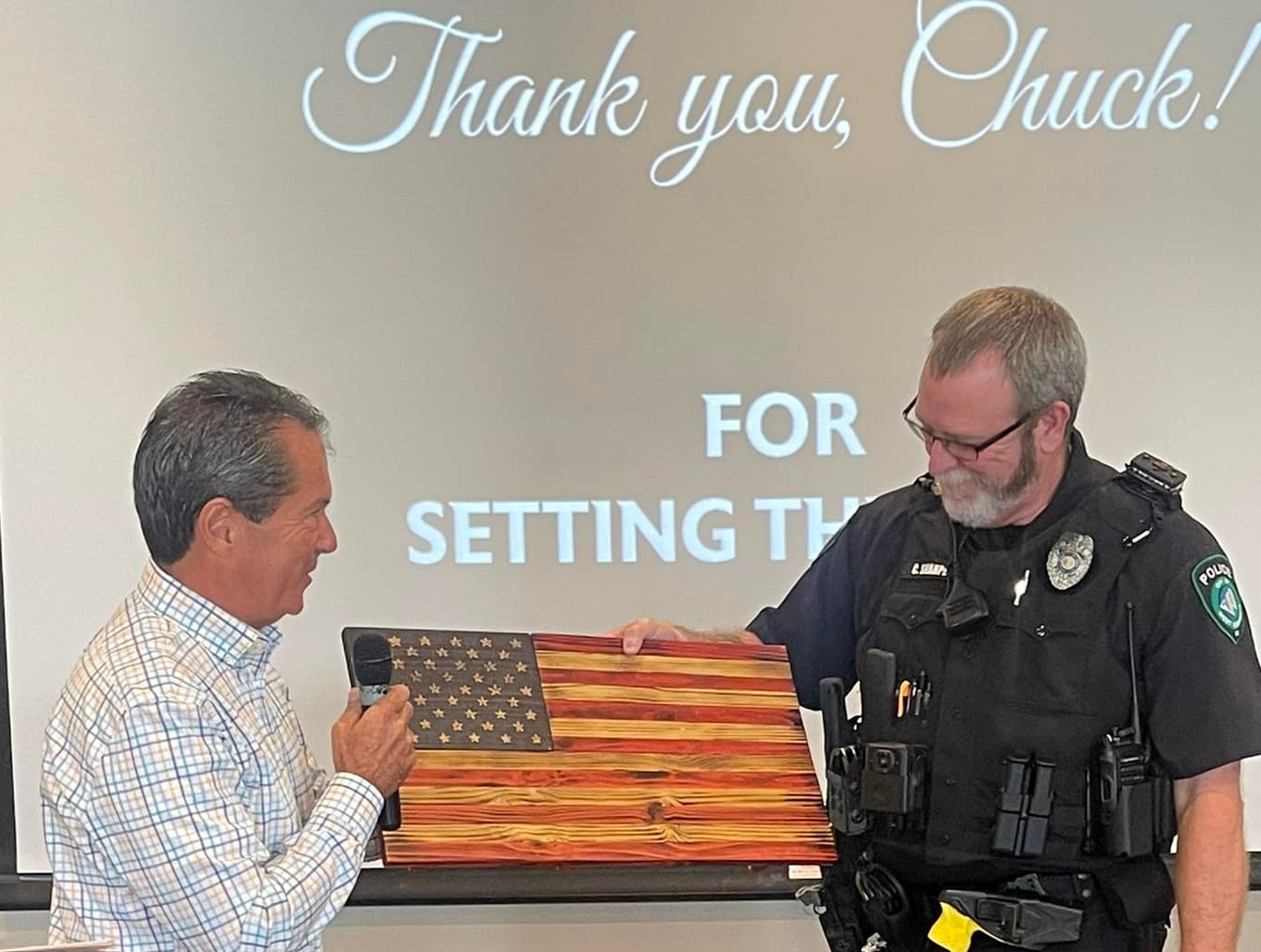 The Greater Cayce-West Columbia Chamber of Commerce recognized West Columbia Police Officer Chuck Sharpe as the first recipient of the “Setting the Barr” award in honor of the memory of fallen Cayce Police Officer Drew Barr. Barr was killed in the line of duty in April.

The designation is sponsored by Dominion Energy and will be rendered each quarter. It was given to Sharpe at the Greater Cayce-West Columbia Chamber of Commerce’s monthly Breakfast meeting.

Barr’s mother, father and aunt were at the Chamber Breakfast for the presentation of the award. Tim James, Chamber CEO explained that Dominion Energy wanted to honor a first responder, including fire, EMS, law enforcement, and dispatchers.

“During the time of forming the award the unthinkable happened in our very own community,” James said. “Corporal Drew Barr of the Cayce Police Department was shot and killed in the line of duty.”

After Barr’s death, James said the immediate thought was that the Chamber’s recognition for public safety should be in the memory of Barr, and the award should be called “Setting the Barr.”
James also said Barr was a man who served God and was described as a “Super Hero by his family, friends and co-workers.”

James then recalled a heroic incident involving Sharp.
“A short time ago while at Savage Craft Ale Works, a child became in distress. Because Officer Sharpe is certified in various disciplines, he quickly jumped to action saving the life of this child. This child is a little dearer to him than most, as it is the child of a fellow officer, and that officer is Sergeant Tripp Holland of the West Columbia Police Department and a survivor after being shot in the line of duty.” Sharpe was able to rescue the child and return him to safety.