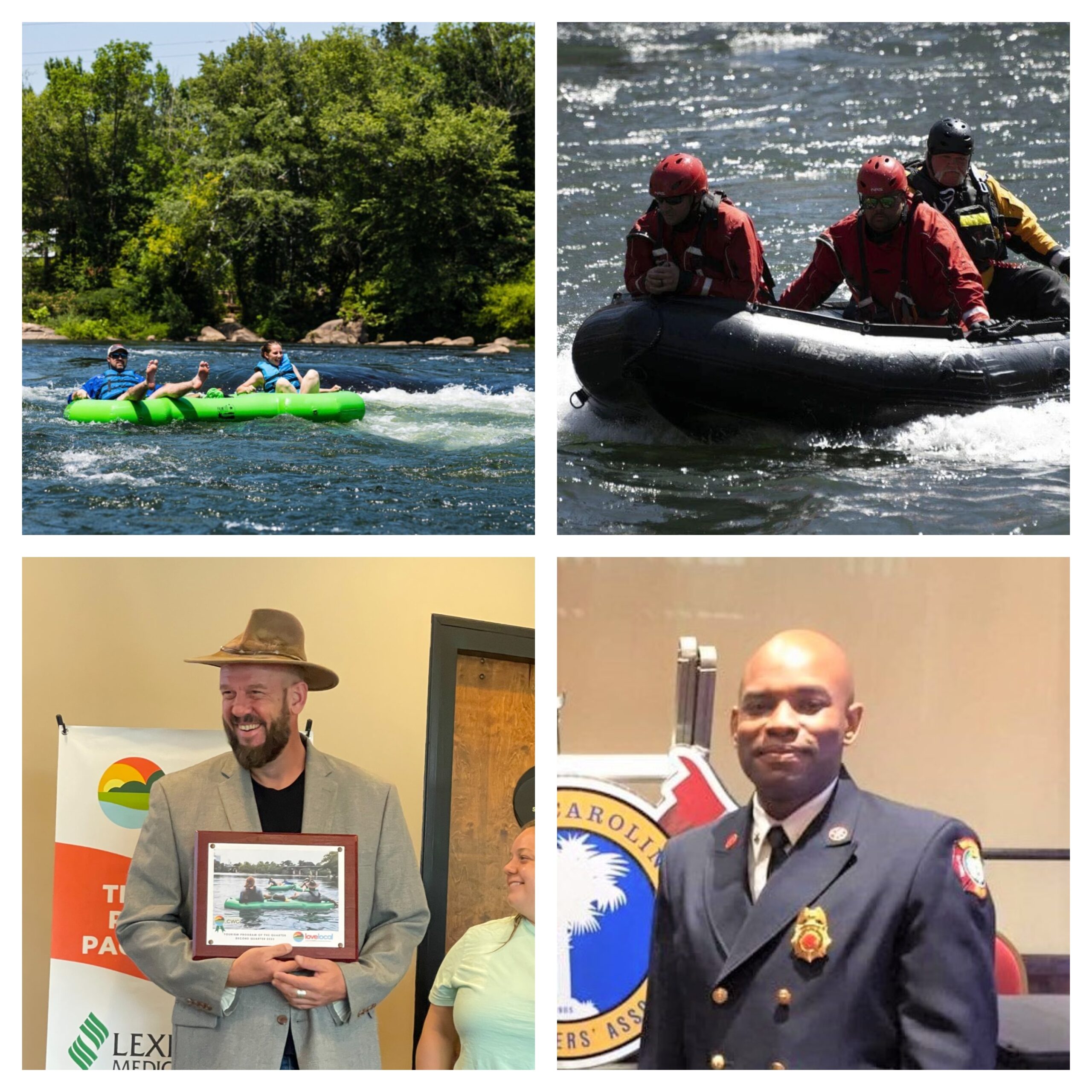 The recreational use of the Congaree River has been a major benefit to West Columbia, especially in the summer months. River outfitters conduct tubing trips down the river and many of those tubers exit the river at the West Columbia Riverwalk Park.

The river as an eco-tourism attraction means that many more users are in its waters on a daily basis. When there are more people in the river there is an increased risk of danger. But this years measures were taken to address the increased risks.

“We’re coordinating with the West Columbia Fire Department and their Swift Water Team,” said Michael Mayo, owner of Palmetto Outdoor. This summer the tubing-trip facilitator set a weekend record for users. Each year the business grows.

“Swift water rescue (also called “white water rescue) is a rescue dealing with white water river conditions. Due to the added pressure of moving water, swift water rescue involves the use of specially trained personnel, ropes and mechanical advantage systems that are often much more robust than those used in standard rope rescue. The main goal is to use or deflect the water’s power to assist in the rescue of an endangered person, as in most situations there is no easy way to overcome the power of the water,” according to Wikipedia.

Mayo said that Palmetto Outdoor staff, and the staff at other tubing trip outfitters, stay in contact with West Columbia rescue operations, including the Swift Water Rescue Team. The team is called out if and when someone on the river is in peril.

“We call the West Columbia Fire Department and let them know when we’re launching tubing trips,” said Mayo, “and we stay in touch with them all day to let them know how it’s going. If there is a situation that may need an emergency response, they are aware of that immediately.”

Mayo also said at the end of the day that he contacts West Columbia rescue personnel and lets them know that his last tuber or kayaker has gotten off the river.

“We always want to put safety first,” Mayo said. “And the relationship with the West Columbia Fire Department has been great. The Swift Water Rescue Team is very professional and we feel very secure knowing that they are aware of what is going on on the river. It’s such an added feeling of security knowing we can count on them.”

River safety is vital to the City of West Columbia.

“With the growth in the West Columbia River District and the importance of Riverwalk, we made a concentrated effort, with our Swift Water Rescue Team, to respond to the river around-the-clock,” said Interim West Columbia Fire Chief Marquis Solomon. He said 85 percent of the firefighters in the West Columbia Fire Department are trained for swift water rescue. “With the volume of people on the river increasing, we have made an investment so that we will be prepared.”

Solomon also said West Columbia emergency response teams are busy this week preparing to protect the public from unsafe conditions due to inclement weather. Public space users should look for signs that parks and the Riverwalk are closed because of the severe storm that will affect the area.