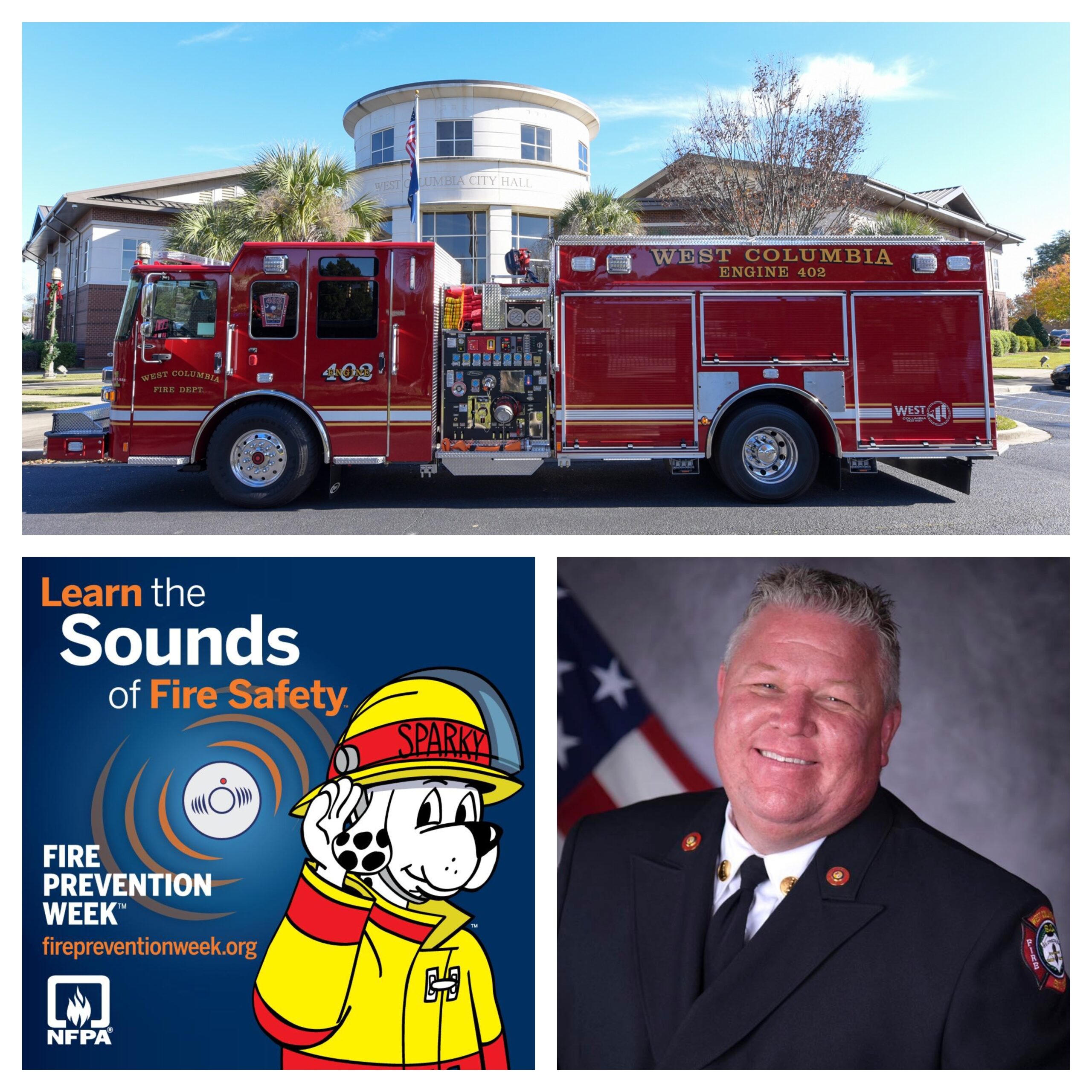 Oct. 3- 9, is National Fire Prevention Week. Fire Prevention Week is observed each year in the week of Oct. 9, in commemoration of the Great Chicago Fire, which began on Oct. 8, 1871. That fire resulted in the death of more than 250 people, left 100,000 homeless and destroyed more than 17,400 structures.

The West Columbia Fire Department is proactive in its fire safety education efforts, especially during Fire Prevention Week.”We want to do everything we can do to save lives and avoid tragedy,” said West Columbia Fire Chief Chris Smith.

“Stop, drop and roll is of course one of the lessons we still teach,” said Howell. He also said he tells children to crawl in the event of a fire. “When you’re down low there is less smoke because smoke rises. You can also see where you’re going better, and get to an exit when you’re down low.” He also said If a fire occurs in your home, get out and stay out. Call for help. Never go back inside for anything or anyone.

Howell said fire prevention begins at home and it’s important to take steps both inside and out of your home to protect you and your family. “Conduct a fire drill for your kids in your home,” Howell said. “Have them practice exiting the house.”

Fire Prevention Week is in October and it’s the time of the year when the weather may begin to get cooler. More gas heat, fireplaces, kerosene  and now propane heat sources are being used.
Howell also said whenever there is combustion, carbon monoxide levels can rise.

Howell said it can be a traumatic experience to see the loss and destruction a fire causes. And that motivates him in his fire prevention efforts. “The feeling caused by the scene at a devastating fire is indescribable,” said Howell. “We want to educate people in order to protect and prevent fires.”

The West Columbia Fire Department works with the American Red Cross, which publishes fire protection recommendations.  Click here for fire prevention tips
They are listed below: