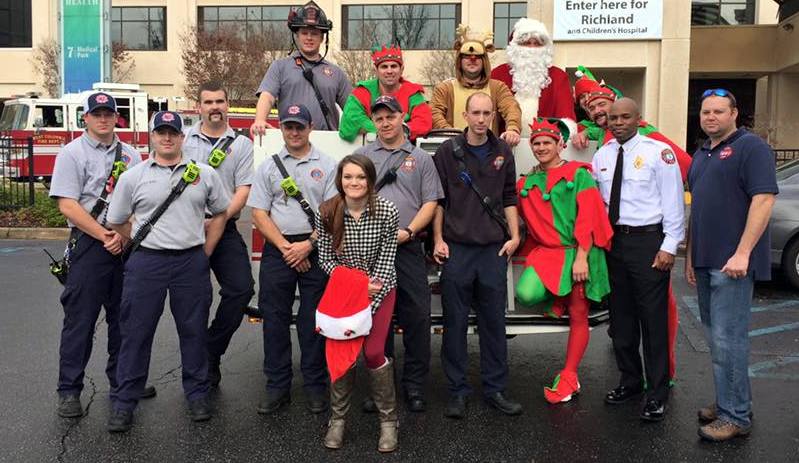 Crews from the West Columbia Fire Department Tower 2 Truck partnered with the Columbia Fire Department Ladder 9 to bring Santa and some elves to children at Palmetto Health Children’s Hospital.
“This tradition was an idea of Captain Chris Branham of Columbia Ladder 9 whose daughter was once treated here. He developed a great relationship with Palmetto Health Children’s Hospital and the rest is history,” said West Columbia Chief of Operations Marquis Solomon.

Santa was hoisted in the buckets using the fire truck’s aerial apparatus. The children could see Santa, up close, through the window of their rooms in the hospital.

“We (West Columbia) were offered an invite to participate last year by the guys from L-9, which makes this our second year,” Cheif Solomon said. ” It’s an amazing experience to bring joy to children who can’t go home for Christmas. We want them to know that Santa Clause and the Christmas Spirit exist even in the hospital.” 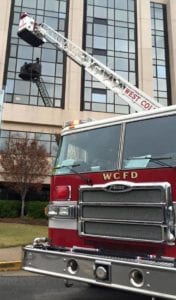