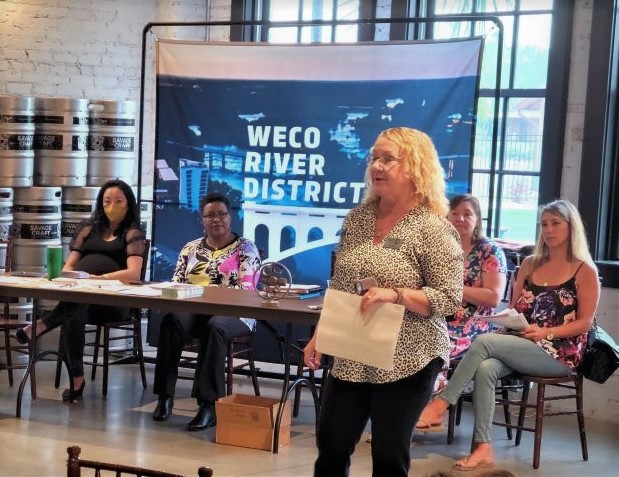 Ricard also promoted the West Columbia vs Cayce Police “Grudge Match” in soapbox derby car racing. West Columbia Police Chief Marion Boyce was at the meeting. She also said there will be plenty of free parking spaces and a Ferris wheel – with a fantastic view from the top – at the corner of Meeting and State Streets.

Specifically designed Kinetic Derby Day T-shirts are being printed and Ricard encouraged WECO River District businesses to open and take advantage of the large crowd to market their businesses.

Also speaking, Thursday, was Victoria Porter, manager of Savage Craft Ale House. She said the staff at Savage Craft is looking forward to Kinetic Derby Day as a way to become more involved in the local community and to see more of the people of West Columbia.