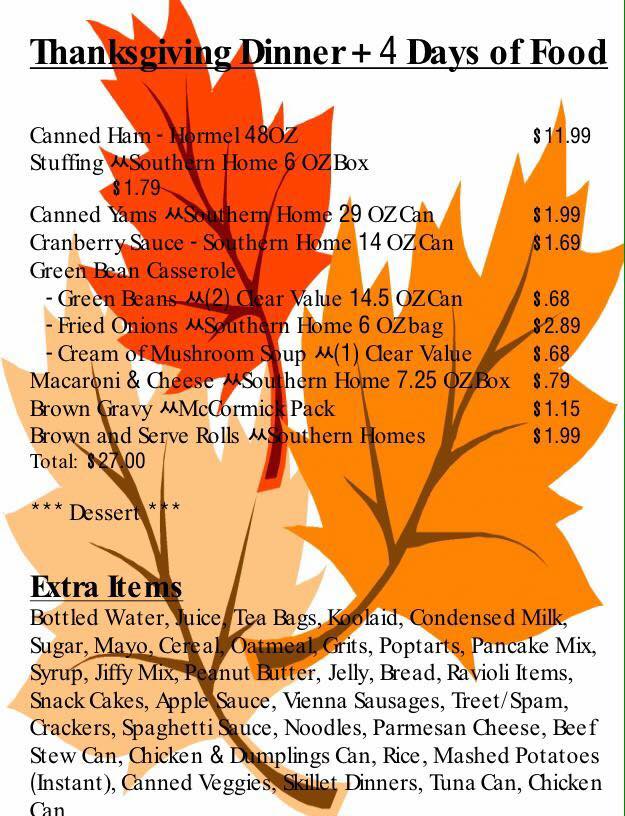 The West Columbia Police Department has been helping feed the needy at Thanksgiving for 19 years.

The police department, this year, began asking for food donations at the end of October.

The department tries to offer meals to people in the community who are found to be in desperate need.

Sometimes the best meal a child gets all day is at school, according to a release from the the West Columbia Police Department that quotes Lt. John Norman. Children do not have the same opportunity for a good meal during the holiday season, the release states.

But this year, when the police department partnered with BILO on Oct. 31, for a food drive, donations were just not as plentiful as they were last year, or in years past. Another food drive on Nov. 7 also did not produce the hoped-for bounty.

The police department has a goal of feeding about 30 households on Thanksgiving, with the food it collects. But the early drought in food contributions was attributed to the floods of early October. A lot of the food at local pantries went to feed those left with little after the flood. While donations were up for local aid agencies, demand outpaced inventory. That equation left the police department still trying to get enough to meet its goal after the two food drives.

From so many years of helping, the PD knows what it needs. Anything from canned yams to canned hams, along with stuffing and macaroni fits the menu. Norman said foods that will keep and are easy to prepare are most-needed by the people police officers serve at Thanksgiving. Because the officers are in the community, they see firsthand how serious the situations are for some who have few alternatives to get enough to eat.

After making an appeal to the community, including to its churches, more food and cash began to come in for the WCPD Food Drive.

And on Thanksgiving, the police department had enough food to feed 28 families.