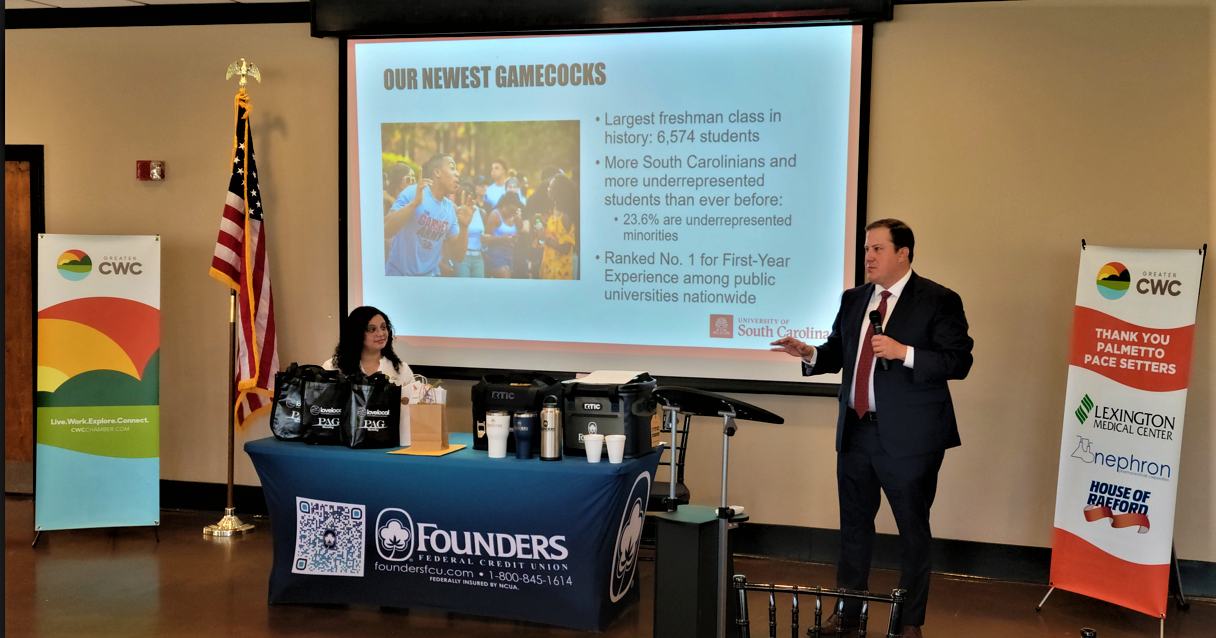 Westbrook is an attorney with the Nelson Mullins law firm and he is an Airport High School graduate.
Westbrook discussed construction projects in which USC is involved and he invited participation.

“We want to look at local business as much as possible on every project that we’re doing,” Westbrook said.

He also said USC admitted 6,754 freshmen (largest class ever) in the fall of 2022 and there were more than 8,500 new students, with transfers included, in the USC fall class.

Westbrook spoke of a four-year tuition freeze at USC and he said partially due to federal COVID funds, USC is is in good shape financially.

He discussed USC’s upset win over No. 5 Tennessee in football Saturday and the Women’s basketball win over at Stanford. USC fans stormed the field and incurred at $100,000 fine from the SEC after the Tennessee win. Westbrook said donations were being taken to pay the fine and shrubs had been donated to replace the shrubs that were lost in the storming of the field.