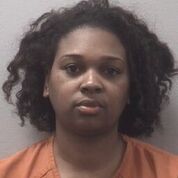 May 2, 2016|[email protected]_news|Comments Off on Two charged with murder in Gaston shooting death|NEWS

A man and a woman have been charged with murder in connection with a fatal shooting last week on Meadowfield Road in Gaston.

Fareen Rasheed Makeen and Teresa Farris Epley were present and involved with the shooting death of Ryan Williams last Friday at approximately 11:30 a.m., according to arrest warrants.

Makeen, 48, is a Jenkinsville resident. Epley, 46, resides in Swansea. Both could face additional charges in this case.

“Our investigation into this death is still open, we continue to gather information on the sequence of events as they unfolded on Friday,” Koon said. “We hope anyone with information on what happened or the nature of the relationships between those involved will come forward.”

Anyone with information about this case should call CrimeStoppers at 888-CRIME-SC (888-274-6372). Anonymous tips can be submitted atLexingtonSheriff.com.