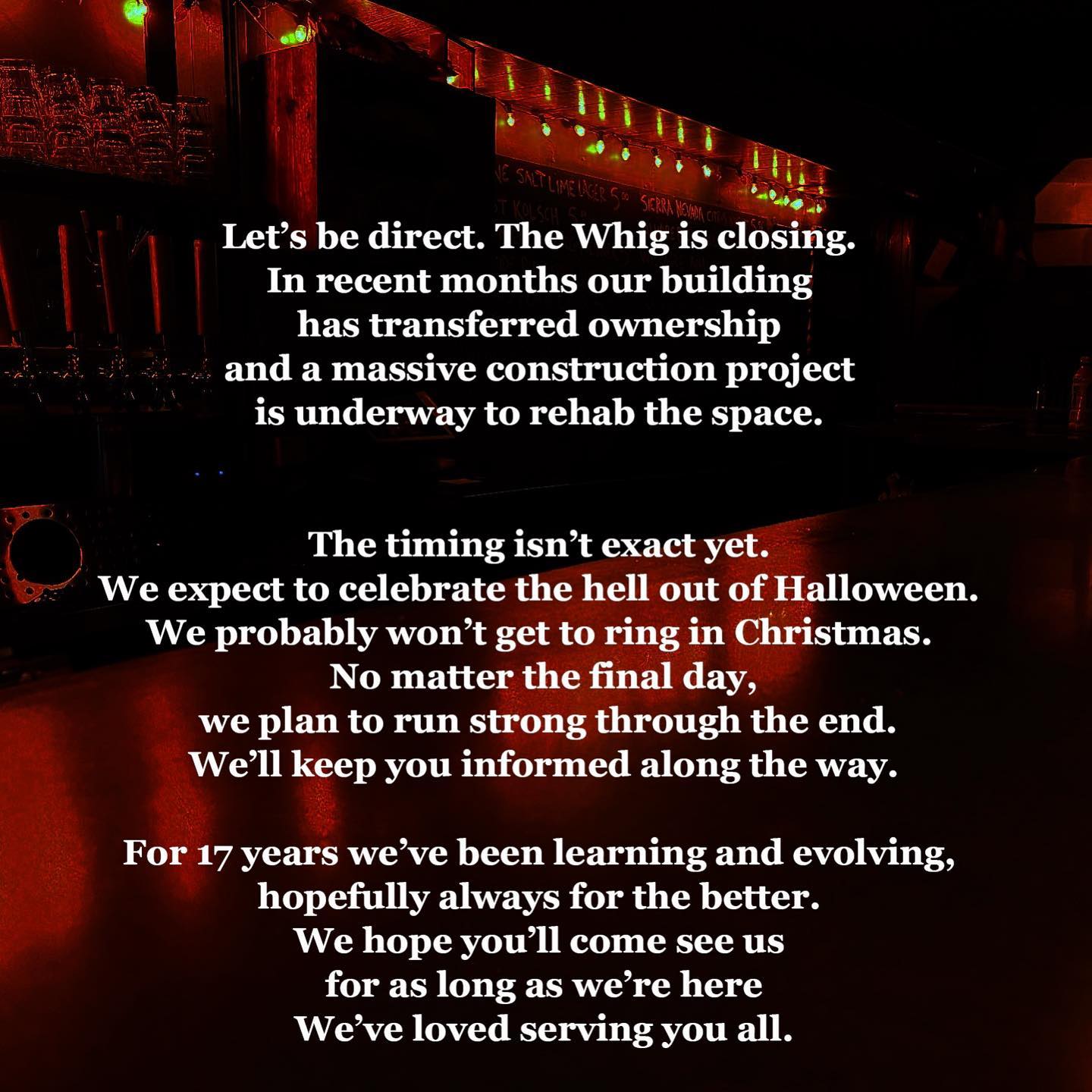 The Whig in Columbia is closing

August 12, 2022|admin|Comments Off on The Whig in Columbia is closing|NEWS

The Whig on Main Street is going to close after being in business for 17 years.

Phillip Blair is the owner of The Whig. He is also the owner of WECO Bottle and Biergarten. It opened in January of 2020 , at 626 Meeting Street, West Columbia.

The announcement of The Whig’s closing was made on Facebook and Twitter. The building that The Whig occupies transferred ownership and the new owners began “a massive construction project” to rehab the space.
The Whig may be open at Halloween, but will likely be closed by Christmas.