(From US DOJ) –  A federal grand jury in Columbia returned a 15-count indictment against Deveon Antonio Belk, 35, of Lexington, charging felon in possession of a firearm and ammunition, seven counts of Hobbs Act robbery, and seven counts of brandishing a firearm in connection with a crime of violence. The indictment alleges that between […] 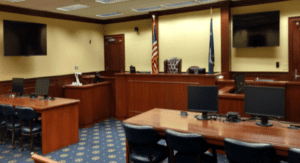 Acting United States Attorney M. Rhett DeHart announced today that Johnny Ray Kinsey, Jr., 46, of Gaston, was sentenced to more than twelve years in federal prison after pleading guilty to possession with intent to distribute methamphetamine. Evidence presented to the court showed that on June 15, 2018, a Trooper with South Carolina Highway Patrol […]