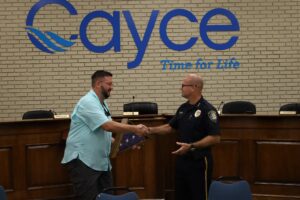 Capt. Jason Merrill has retired from the Cayce Police Department. He served as a police officer with honor, commitment and pride for more than 20 years. Capt. Merrill will be sorely missed by the City of Cayce staff and the citizens he has served. Merrill had a retirement party in his honor, Friday where he […] 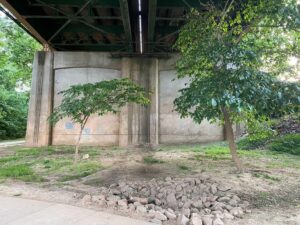 From the City of Cayce – The Cayce Beautification Foundation (a 501c3) in partnership with the City of Cayce is issuing a Call for Artists for an upcoming Riverwalk improvement project. We would like to commission a Mural. Responding artists do not have to respond to each and every aspect of this Call. This Call […] 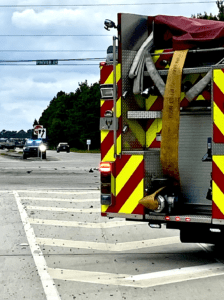 From Ashley Hunter-City of Cayce: Richland County Coroner, Nadia Rutherford, has identified William Thomas Bowie, a 44-year-old Newberry resident, as the driver that led Cayce police on a high-speed chase on Monday afternoon. Bowie was killed on impact when he ran a red light at the intersection of Pineview Road and Shop Road and hit another vehicle. […] 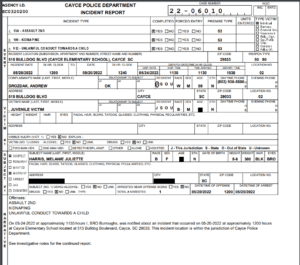 From Ashley Hunter, City of Cayce Communications- At approximately 11:30 AM on Tuesday, a Cayce School Resource Officer was notified of an incident involving a staff member and a student at Cayce Elementary School that had taken place on Friday (May 20.) Officers immediately began investigating the incident and obtained a warrant within hours of […] 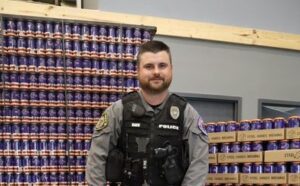 After years of false alarms, Lexington County getting significant snowfall

The rain turned into snow in Lexington County, Friday night.The snow flakes are coming down and covering the ground with a perfect white blanket.The forecastors told us it would come, but it was hard to believe because we’d had so many false alarms before. Now that it’s here, let’s hope it causes minimal inconvenience. And […] 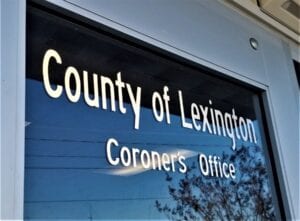 Lexington County Coroner Margaret Fisher has released the identities of two people who were found dead shortly before 11 a.m. Monday, at a home on Circle Drive in Cayce. According to Fisher, Ms. Griselda Osorio Perez, 45, of Cayce, and Mr. Lamberto Blanco Menchor, 43, of Elgin were pronounced dead at the scene due to […]