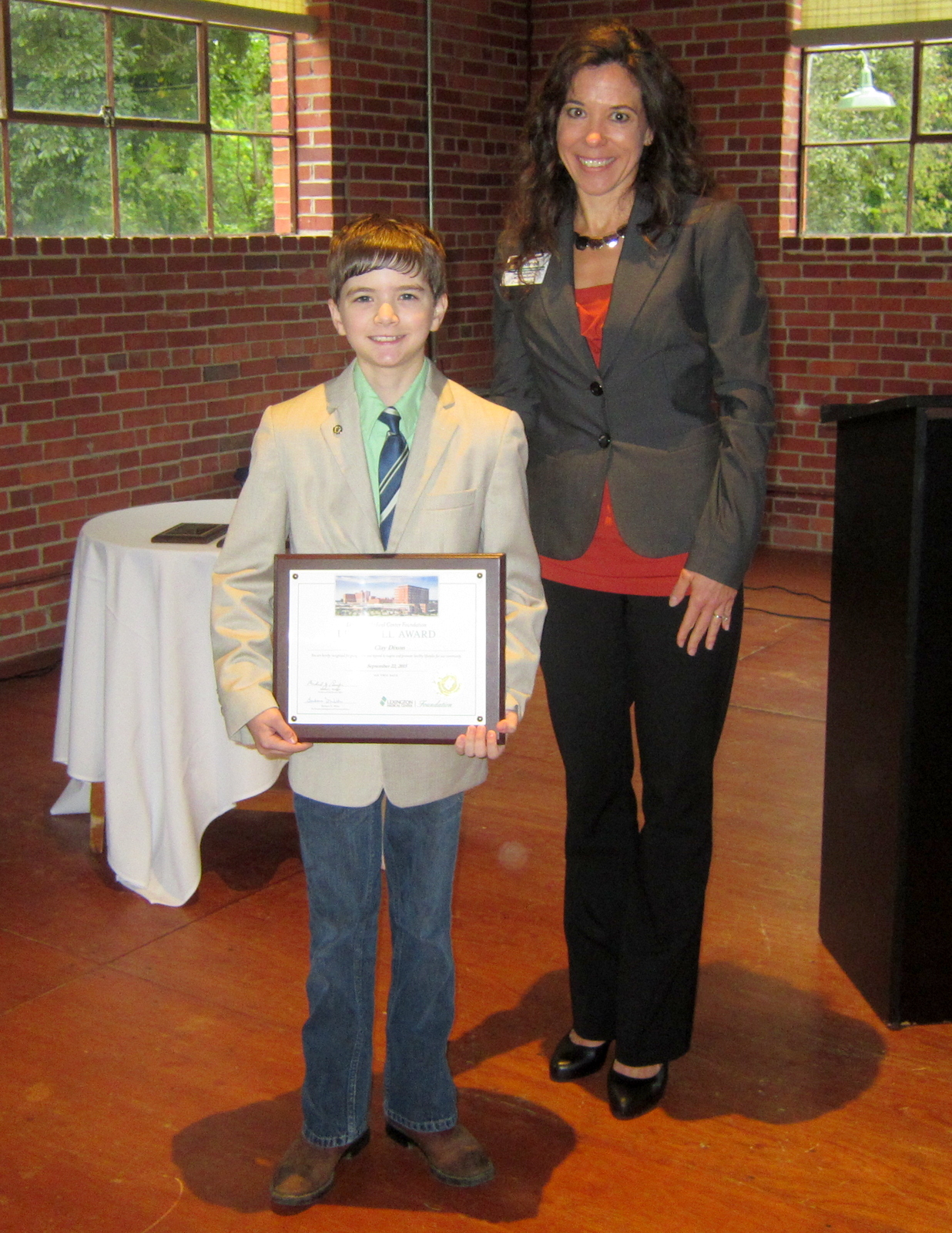 Clay lives in Swansea and is a ninth-grade student at the Swansea High Freshman Academy.

When he was younger, Clay had always had trouble speaking. He would slur his words.

Months of speech therapy, as a first-grader, did not resolve Clay’s problem. After an MRI, when he was six-years-old,  Clay was diagnosed with a brain tumor. He had a mass around the stem of his brain.

“They told my mom and dad of the news while I was at school,” Clay said. “They said I would only have 15 months to live and that was all.”

Clay said the news was a shock, but it was not going to get the best of his family.

Since his diagnosis, Clay has undergone countless hours of surgery. He has received large amounts of chemo therapy and he has spent days and days in the hospital.

“I am not cured, but I am flourishing as a person, both physically and mentally,” Clay said. He also thanks his school for doing so much for him and and molding “him into the man I am today.”

Last year, Clay, as president of the Beta Club, organized a toy drive for the Children’s Hospital.

“I am a well-rounded student in Lexington School District 4 and a proud golfer on the Swansea Golf Team,” Clay said.

Clay said his story is an example for anyone in any situation to follow.

“I plan to inspire my classmates and help bring awareness to my illness,” said Clay.