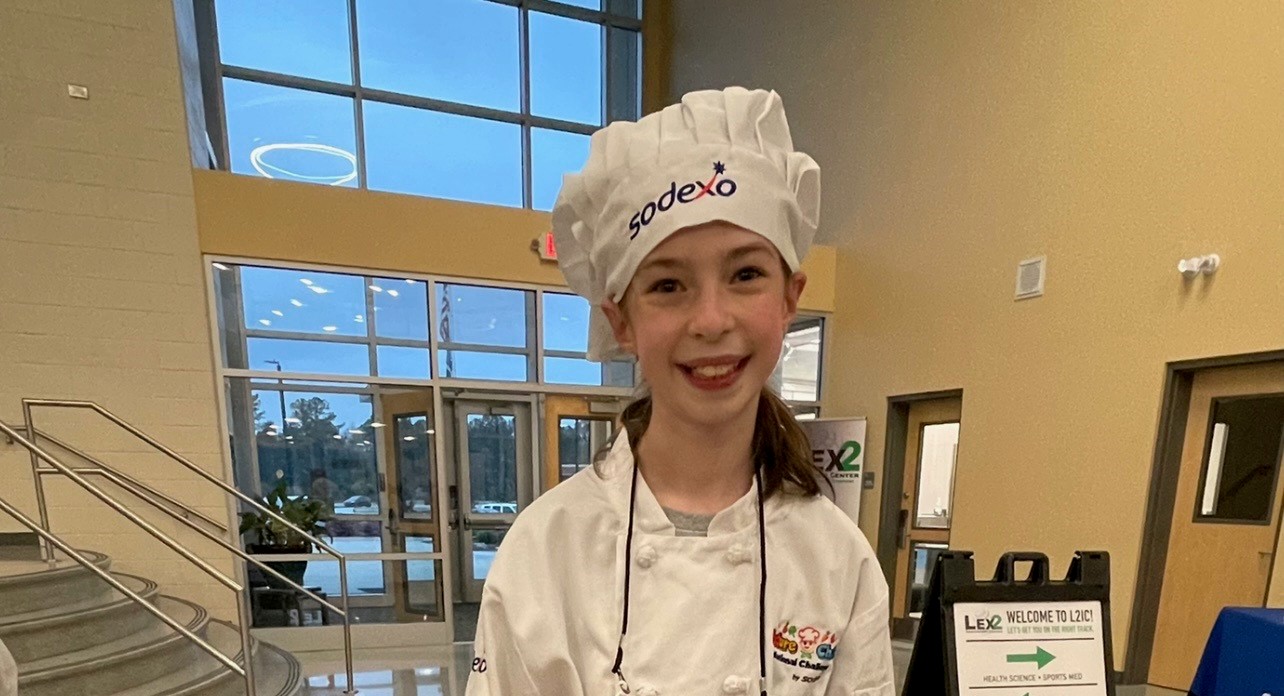 Snow White may have seven dwarfs, but when it comes to national champions of Sodexo’s Future Chef Challenge, there can only be one winner.

This year, that winner is Chandler Dorn, a fifth-grader at Springdale Elementary. It’s the first time a Lexington Two student has won the national championship in the annual competition.

Chandler was surprised with news of her national win Thursday at Springdale Elementary, and it was announced at Thursday’s Lexington Two Board meeting.

“Winning the National Future Chef competition means a lot to me,” Chandler said. “I love to bake and share my treats with others.”

Chandler won the district competition in March from an original field of 249 recipes submitted by Lexington Two third-, fourth- and fifth-graders. Sixteen students prepared their dishes in the commercial kitchen at the Lexington Two Innovation Center, with a panel of judges selecting a winner based on originality, taste, kid friendliness and use of healthy ingredients.  Chandler moved on to the regional competition, which featured 85 students from across the United States whose recipes, techniques and show plates were judged using the same criteria. Five finalists from across the United States, including Chandler, were selected.

For the national competition, Chandler had to submit a video presentation explaining her recipe and how to prepare it, which was filmed at the Lexington Two Innovation Center.  All five national finalists competed for the public’s vote on SodexoUSA.com. The national champion was determined by the highest total of votes from the public and the culinary judges.

As the Future Chef National Champion, Chandler’s recipe will be featured on the Sodexo Elementary School menus next school year (2022-2023), and she will serve as an Ambassador for Health & Nutrition. There may be additional opportunities for her to endorse health and wellness.

So, could a career as a chef be in Chandler’s future?

“I’m not quite sure what I want to do when I am older,” she said, “but opening a bakery is top on the list.”