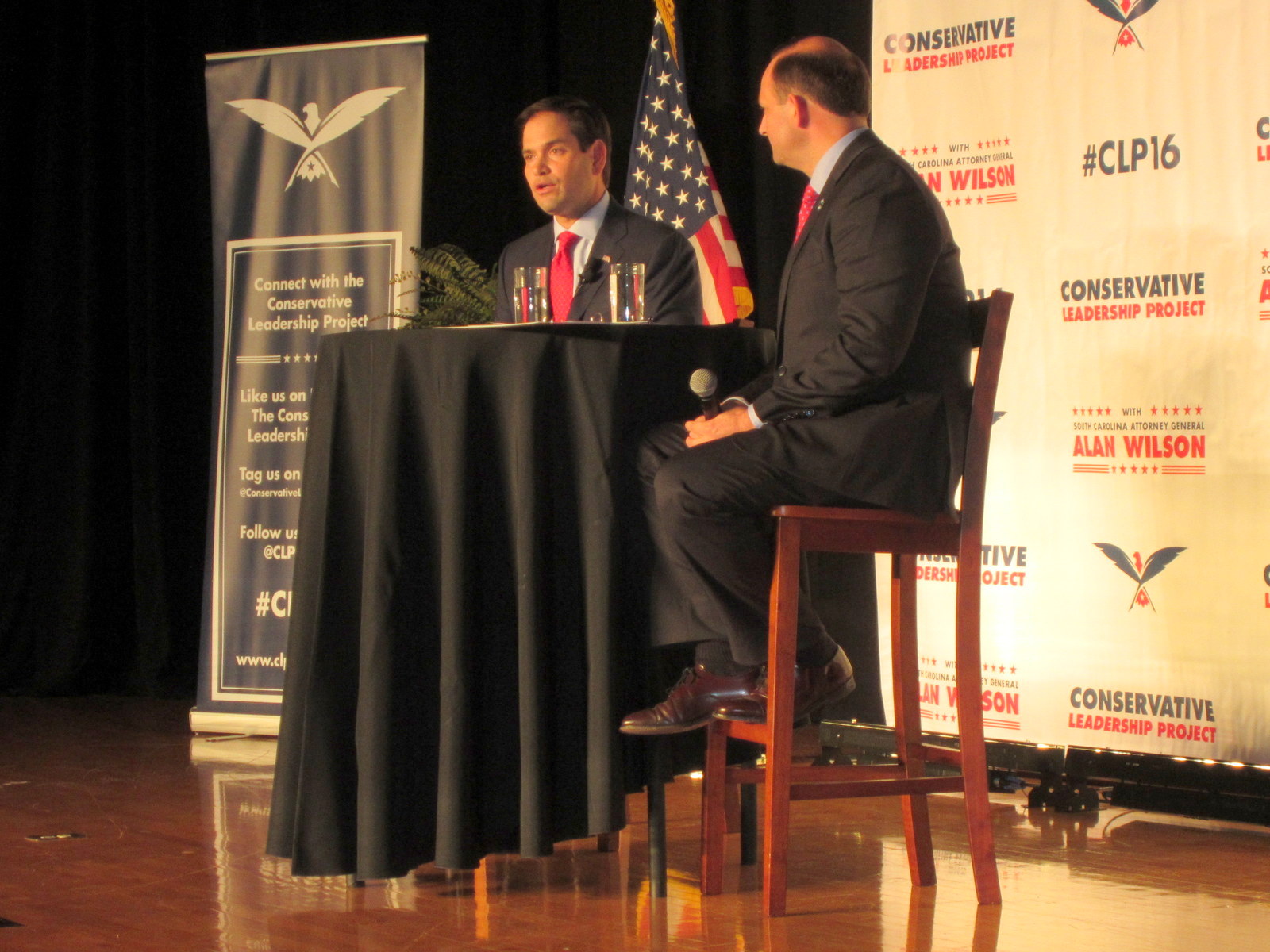 U.S. Sen. Marco Rubio was in West Columbia, Friday. Rubio – a Florida Senator – is running for the Republican nomination for president. He was the guest of the Conservative Leadership Project, and S.C. Attorney General Alan Wilson. The event was hosted in the Brookland Baptist Church gymnasium.

“We’re going to be in South Carolina a lot,” Rubio said. The state holds the First-in-the-South primary on Feb. 20.

Wilson noted that the next president could appoint as many as four of the nine U.S. Supreme Court Justices.

Rubio spoke on issues ranging from gun control and  immigration to the Environmental Protection Agency and religious liberties. He expressed a Conservative slant on each topic, but said after we fix the wave of illegal immigration in the U.S. there needs to be a way to address the productive. law-abiding immigrants who have been in the country for years.

Rubio said he thinks people would be a lot more open to resolving the issue of longtime immigrants in the country if the illegal immigration is stopped.

He said the federal government is currently overreaching, and as president he’d appoint Supreme Court Justices who follow  the U.S. Constitution as it is written. He said the Constitution not a living and breathing document that can be interpreted according to popular culture thinking.