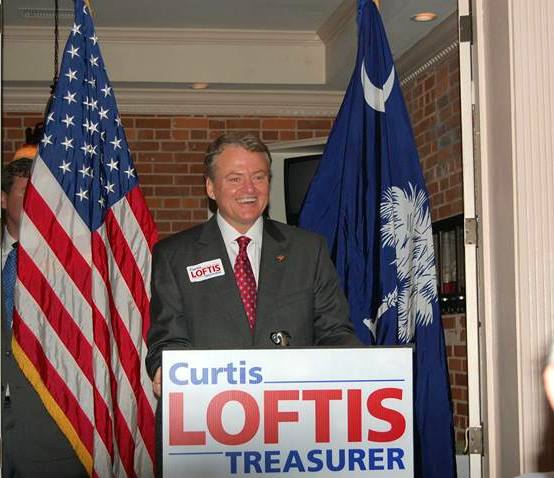 Curtis Loftis is South Carolina’s Treasurer. He is also a West Columbia native and current resident. He has published a letter regarding insurance companies. The letter is below.

Simply put, Big Life Insurance Corporations want to keep your money.
Big Life Insurance lobbied the SC Senate to make it harder for you to claim death benefits. Their bill will enable wealthy, out of state corporations to keep certain death benefits until the beneficiaries use extraordinary means to locate policies and claim the money.
In some cases this bill will allow the insurance companies to keep the policies until the insured reaches the age of 120.
Their lobbying paid off as the bill was introduced today at 4 PM by Senator Wes Hayes of York County.
This bill encourages a “willful ignorance” on the part of the insurance companies. It encourages them to follow the weakened letter of the law and not the spirit of the law…which means they are able to keep earning money on YOUR money …money that ought to be in your bank, not theirs.
This high powered lobbying operation is masterminded by the American Council of Life Insurers, whose president is paid in excess of $1.4 million per year, and the National Alliance of Life Companies. For the record, the average South Carolinian makes $34,000 per year.
Let me be frank– large, wealthy corporations of all sorts want to keep your money. Big Life is just among the first wave. Next will be the Big Banks, Big Securities and following them will be many more rich folks that want to gut the Unclaimed Property laws and keep your money.
As State Treasurer, I am the administrator of the Unclaimed Property Program. We locate funds due to our citizens, and return it to the rightful owners. This proposed law will make returning money to you much more difficult.
I will be sending you information on a regular basis. This fight is just beginning. It won’t be easy, but together, we can beat these high priced lobbyist and their greedy bosses.
Sincerely,