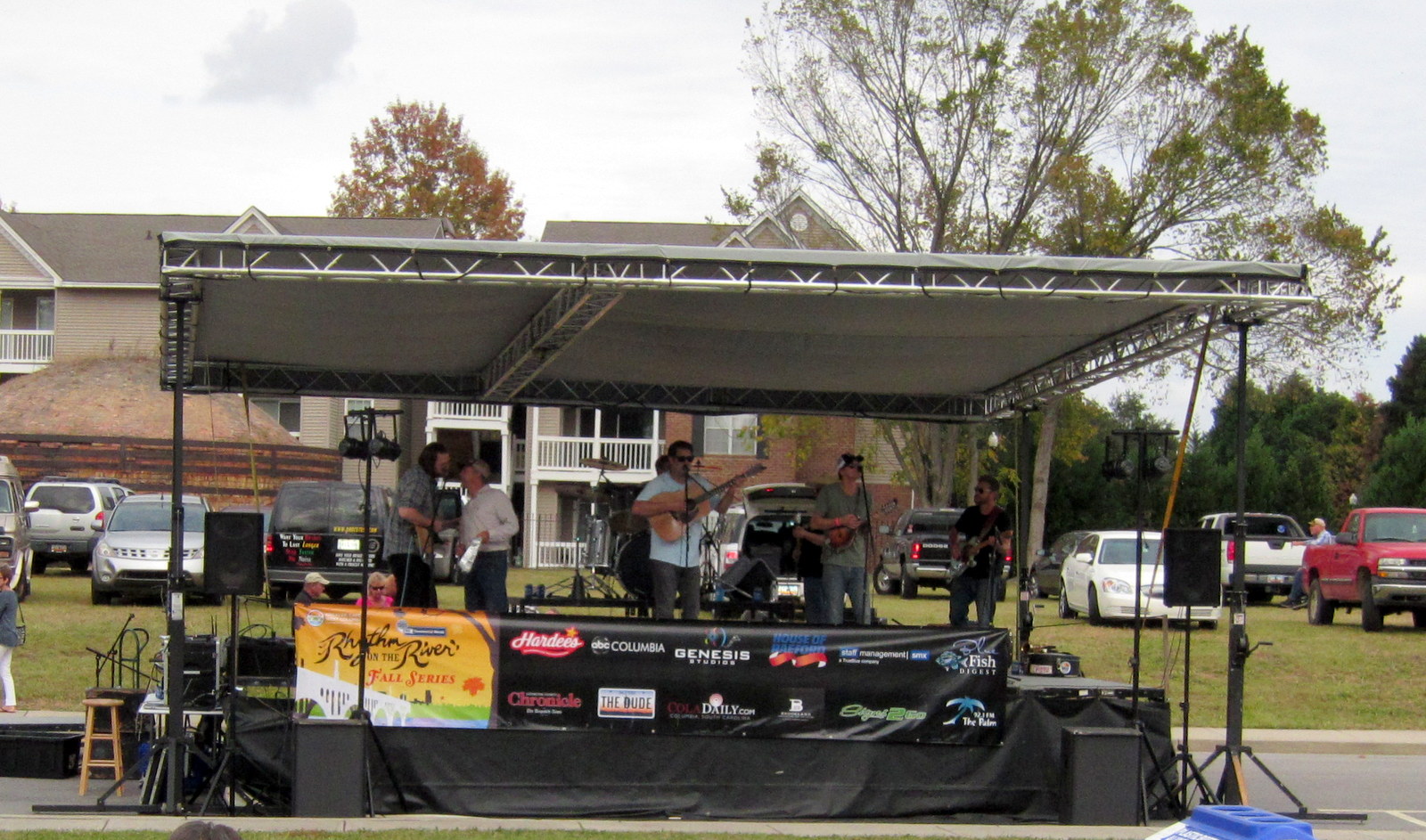 Rise Above The Waters delivers day of music after flood

October 26, 2015|[email protected]_news|Comments Off on Rise Above The Waters delivers day of music after flood|NEWS

Several bands played the Rise Above The Waters- Rhythm on the River concert to benefit victims of the October flood.  The event was sponsored by the Central Carolina Community Foundation. It was held on the Brickworks property on Knox-Abbott Drive in Cayce.

“We have had a steady stream of people coming in to listen,” said Gregg Pinner of the Greater Cayce-West Columbia Chamber of Commerce. He said that audience turnover seemed to be high throughout the day. Pinner also said it seemed the collection of donations was going well.

Elliott New, of the band Elliott and the Untouchables, described the flood damage as “heartbreaking.” He said the benefit is a very worthy cause and it was an honor for his band to be able to contribute to helping the people who suffered because of the record rainfall.

New also said it was amazing to see the community respond to the needs of people who were affected by the flooding. He said first responders did a phenomenal job as the disaster unfolded.

Scott Donaldson of Chapin played a song that he wrote entitled: Carolina Strong.