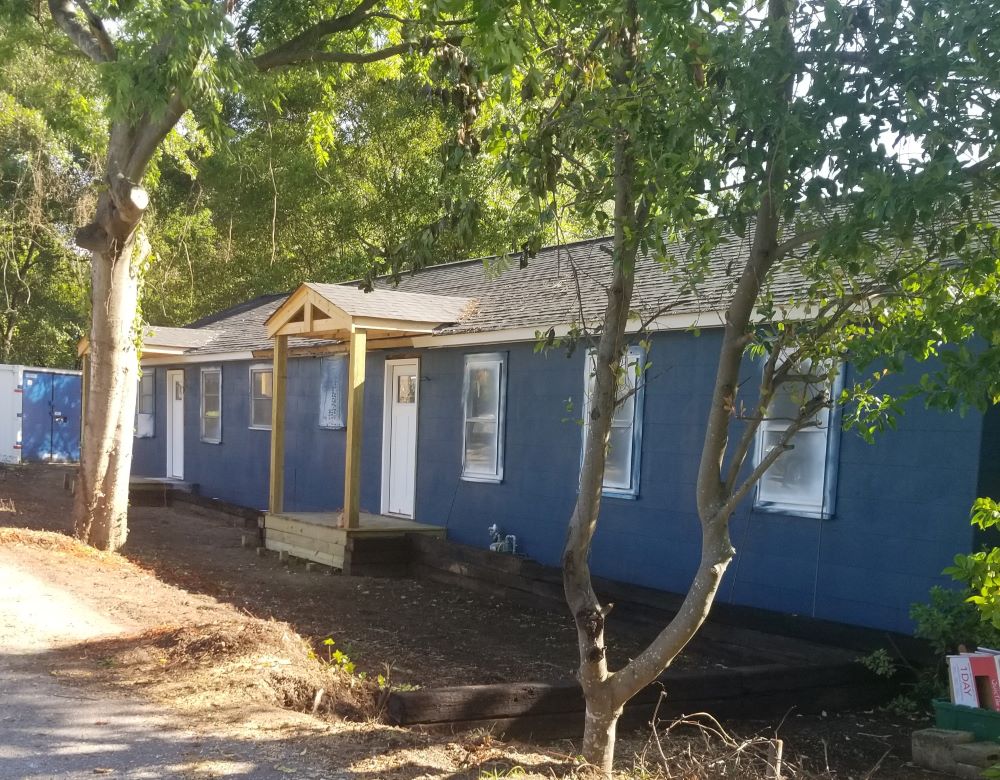 Rehabilitation of an old West Columbia home in The River District

May 25, 2021|[email protected]_news|Comments Off on Rehabilitation of an old West Columbia home in The River District|NEWS

Revitalization can come one house at a time.

The residential property at 770 Augusta St. in West Columbia was built in 1950. As revitalization comes to The River District, on the Avenues, of West Columbia, the house is getting an update.

Carla Harman and her daughter Taryn Shekitka bought the 2,000-sq-ft. house with the help of Howard Hunt. He’s a real estate agent and contractor. He can find a potential property for rehabilitation and then work to upgrade the project. That is what he’s doing with Harman and Shekitka.

“We’re turning the house into two apartments,” said Harman, “and I’m going to live in one.”
Harman will live in an 800-sq.-ft. unit. That leaves a three-bedroom unit that will be leased.
The 70-year-old property has some features that make a fix-up a good idea.

“It has hardwood floors that we’ll refinish,” said Harman. Some things will be changed. Hunt is putting in a vaulted ceiling in Harman’s apartment and all the windows will be new. The house’s address will now be Marble Street instead of Augusta Street.

The project on Marble Street is not Hunt’s first effort to renovate a West Columbia property. He likes the area so much, he bought two houses on B Avenue and moved to one of them from Columbia a couple of years ago.

The area from West Columbia’s State Street to Triangle City is known as The River District. With Savage Craft Ale Works moving in, Chayz Lounge opening and WECO Biergarten drawing a large clientele, The River District is an attractive venue. And there are many new homes being built, including St. Anne’s Alley just a few blocks away from Harman’s new home.