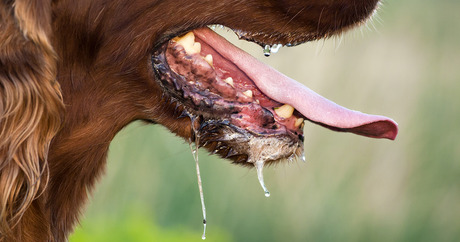 July 28, 2015|[email protected]_news|Comments Off on Rabies reported in Lexington County|NEWS

Four people are being treated for rabies after being exposed to a dog that tested positive for rabies. A report from the Department of Health and Environmental Control (DHEC) states the dog bit two people and exposed two others before it was euthanized. Test results later showed the dog had rabies.

The dog, according to DHEC, was given to an adoption agency in the Irmo area by animal control. The dog was from the Monticello Road area of Columbia and had signs of healed wounds around its neck. The dog was later placed for care in the Gaston area. Other animals that were in contact with the dog have received rabies boosters and placed into quarantine.
Eralier in July, a person was referred to their health care provider for post-exposure treatment after being exposed to rabies in Lexington County by a fox that tested positive for rabies, DHEC reported on July 14.
The exposure occurred on July 11. The injured fox was being cared for when it bit a care provider. The fox was euthanized and tested positive for rabies on July 13.
“To reduce the risk of getting rabies, we recommend that people avoid wild animals acting tame and tame animals acting wild,” said Sandra Craig of DHEC’s Bureau of Environmental Health Services (BEHS). “About 275 South Carolinians must undergo preventive treatment for rabies every year, with most exposures coming from bites or scratches by a rabid or suspected rabid animal. Wild animals contract the disease most often, but domestic pets can contract rabies as well.”