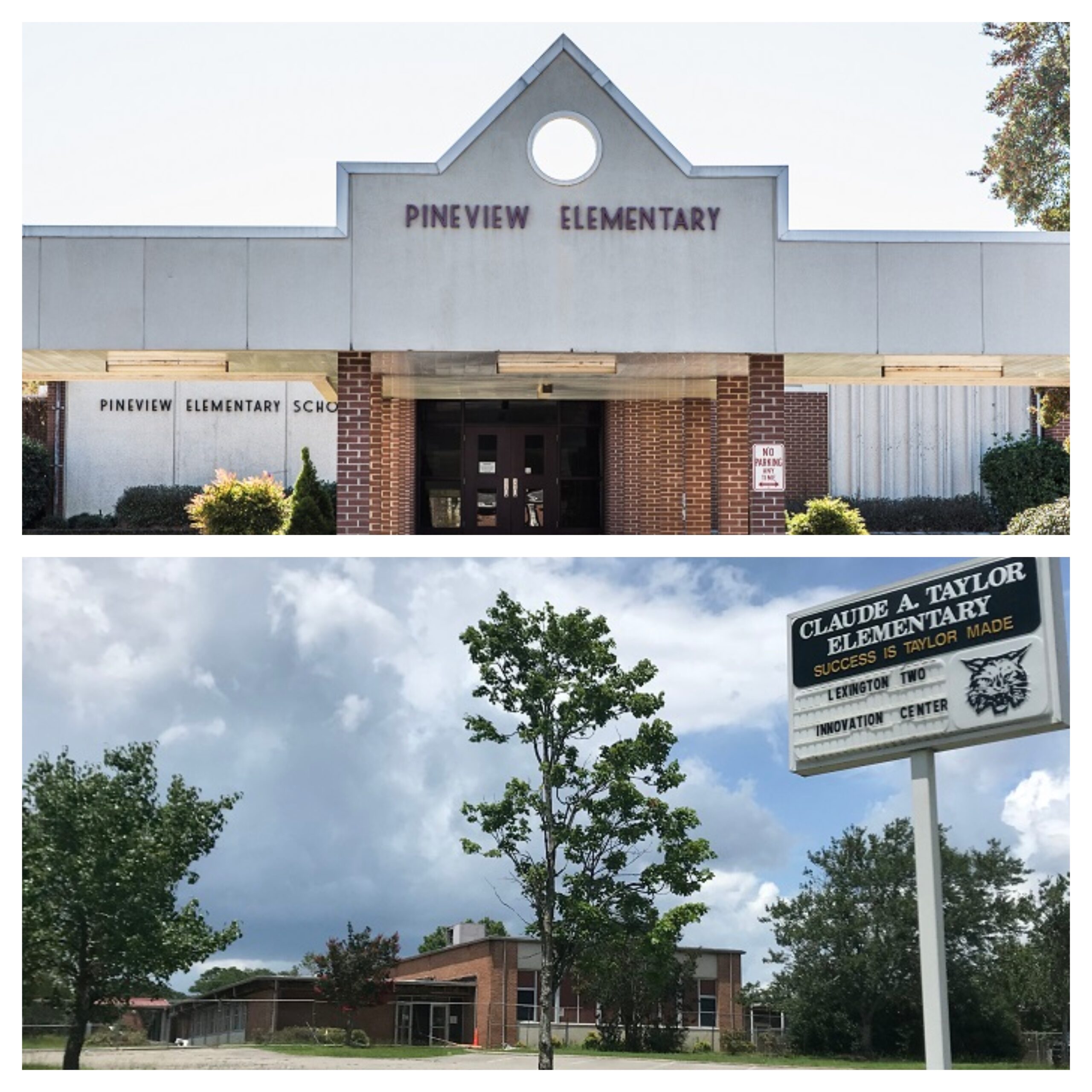 June 29, 2020|[email protected]_news|Comments Off on Pineview, Taylor elementary schools to be demolished|NEWS

Work is scheduled to start July 1, at Claude A. Taylor Elementary in Cayce. The 54,500-plus square-foot school was originally built in 1964 on eight acres of land, serving its final group of elementary students in spring 2017 before the opening of the new Cayce Elementary that fall.

The school, at 103 Ann Lane, then served as a brief home to Lexington Two Innovation Center students before the opening of that new facility in fall 2018.

Demolition work is expected to begin at the end of July on Pineview Elementary, 3035 Leaphart Road in West Columbia.  The 52,300-plus square-foot school was originally built in 1968 on nine acres of land.

The school closed in spring 2018, its 50th anniversary year,  in advance of the opening that fall of the new Riverbank Elementary.

Once the buildings are cleared, grass will be sewn at the sites to create eventual community green spaces.