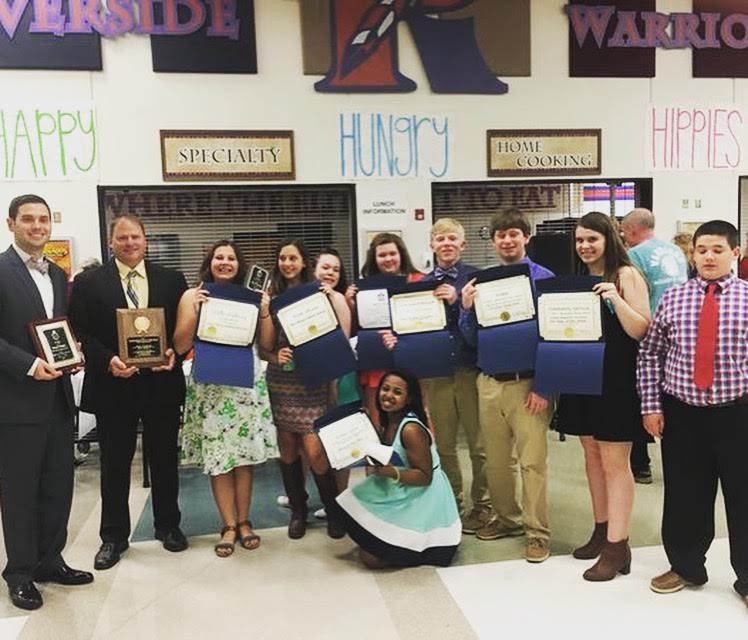 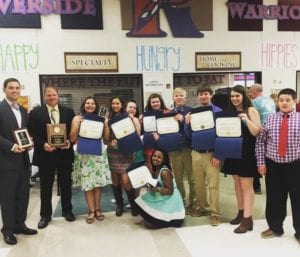 First place in the Community Service competition with our Pine Ridge Senior Center toy drive; First place for the video project titled “You Can Call us for Some Canned Food” which donated over three hundred items to Cayce Cares in the fall; first place in the School Spirit category for, Spring into Spirit Week and participating in the national #icanhelp campaign to end negativity on social media.

Pine Ridge also won the prestigious Gavel Award for the Best Student Council Scrapbook.  The student council also brought home the Gold Council Award for their service to the community in the 2015-2016 school year.  PRMS Student Government President Kallie Richbourg was also inducted into the Terry McCoy Leadership Hall of Fame for her service and received national recognition by receiving the Dale D. Hawley Award for Leadership Excellence. This was a great conference for Pine Ridge Middle School Student Government!

PRMS Principal Brad Coleman was recognized at the South Carolina Association of Student Councils state convention as the 2016-2017 SCASC Administrator of the year. Mr. Coleman was nominated by his student council adviser, Mr. Daniel Bailey, two parents and numerous student council officers. Mr. Coleman is only the second middle school principal to ever receive this award in the 68 years it has been given. We are so proud of our principal and how he supports our leadership programs year after year. PRMS Social Studies teacher and Student Government advisor Daniel Bailey was elected as SCASC President-elect and took home SCASC Advisor of the Year honors.