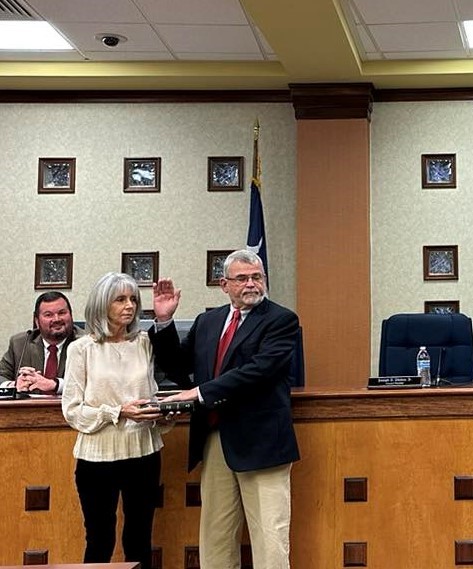 Crowe was elected on Jan 17. He represents District 3 on West Columbia Council. It is the seat vacated by Casey Hallman, who moved out of the district in August. The lines for District 3 were redrawn in 2022. Crowe is serving in the district with new boundaries. The district is in the Sunset Boulevard section of the city and contains Westover Acres. His wife, Cindy stood by his side during the swearing in. (City of West Columbia photo)