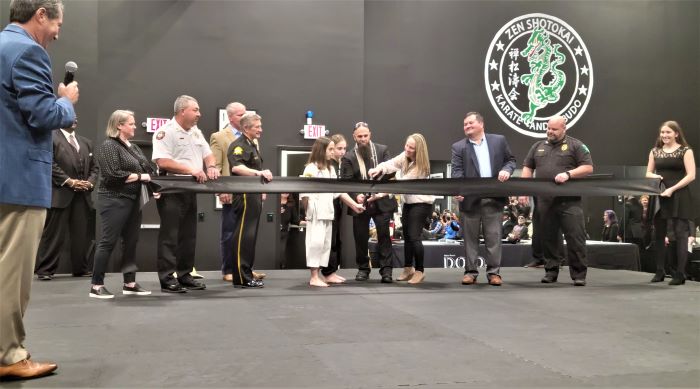 Sensei Brian Pena christened his new Karate Dojo, Sunday afternoon with the help of hundreds of friends. People filled the Dojo and the crowd overflowed into the parking lot, where there were bouncy houses and even a live camel.

The huge outpouring of community support came to the Karate Dojo at 2225 Sunset Boulevard. The brand new 16,000 sq.-ft., two-story complex is located next to the former Dojo in Sunset Court in West Columbia. It includes large indoor and outdoor training areas, observations windows, homework stations and a coffee shop.

Sunday at the Grand Opening, Pena was presented with several commemorations for his contributions to the world of martial arts over the years.

Sen. Nikki Setzler was on hand, and said Pena has been a tremendous asset to the community for a long period of time.

Miles said Pena and the Dojo staff offer the services beyond just karate. He said the discipline taught at the Dojo is a part of the foundation of our society.