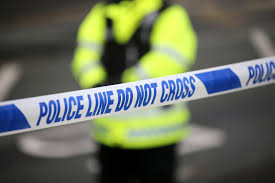 during the early morning hours of Tuesday, in the 1900 block of Lorick Street in Cayce.

Both Officers were transported to an area hospital with non-life threatening injuries.  An autopsy was performed at 08:30 a.m. and found that Bryant suffered two gunshot wounds to the upper body and died at the scene from his injuries.  The South Carolina Law Enforcement Division is continuing to investigate the case as well as the Lexington County Coroner’s Offic