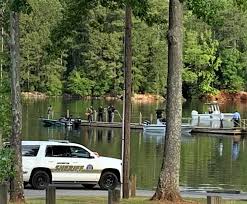 July 7, 2020|[email protected]_news|Comments Off on Man drowns on Lake Murray|NEWS

The S.C. Department of Natural Resources is reporting that a man drowned on Lake Murray after the boat he was in took on water and sunk.

The drowning occurred Monday around 3 p.m. off of Willow Cove Road in Chapin, according to the report.

Two men were in a 14-foot Jon boat when they began to take on water. The boat Jon sank and both men were in the water.

One of the men was rescued by another boater, but the other man drowned before he could be rescued.

The body was recovered by the time DNR arrived on the scene. Emergency personnel tried to revive the man but were not successful. His name has not been released.

The Lexington County Sheriff’s Office assisted with the incident.