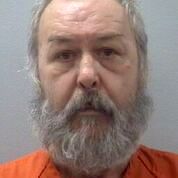 A Gaston man has been charged with assisting his wife in committing suicide, according to a release from the Lexington County Sheriff’s department.

According to arrest warrants, Randy Gene Jones, 63, knowingly and willfully assisted in the suicide sometime between the afternoon of Dec. 20 and the morning of Dec. 21. Lexington County Coroner Margaret Fisher has identified the victim as Karen Jones.

Jones is also charged with malicious injury to property for destroying several items inside the motel room the couple had checked into.

“Deputies found Mrs. Jones’ body in the room with Mr. Jones when they arrived around lunchtime on Dec. 22 in response to what was originally dispatched as a civil dispute,” Lexington County Sheriff Jay Koon said. “Mrs. Jones took an excessive amount of medication, which Mr. Jones provided. He was also planning to overdose.”

Koon said assisting a suicide in South Carolina is a felony that carries a maximum penalty upon conviction of 15 years in prison, a $150,000 fine, or both.

Jones is being held in the Lexington County Detention Center after a judge issued a $32,130 bond and ordered Jones to undergo a mental evaluation.

The case is still under investigation. Anyone with any information should call the Lexington County Sheriff’s Department at 803-785-2400 or CrimeStoppers at 888-CRIME-SC. Anonymous tips can be submitted anonymously at www.LexingtonSheriff.com.