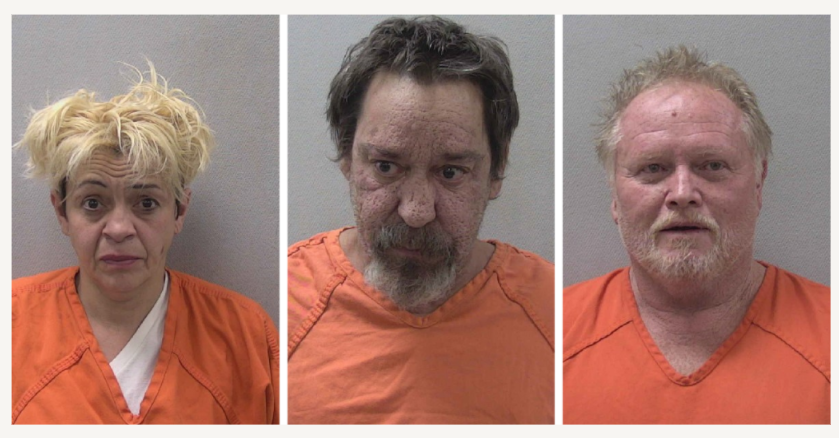 From Capt Adam Myrick LCSD Communications – Lexington County narcotics agents have arrested two men and a woman in connection with a drug case that started last month with a community tip.

Carmen Maria Cruz, 49, and Michael Dean Sharpe, 48, are charged with possession of meth with intent to distribute, according to arrest warrants. Clint Arthur Walker, 61, is charged with trafficking meth and possession of a weapon during a violent crime.

“Narcotics agents obtained a search warrant last week for a home in the 600 block of Bushberry Road in Pelion after an investigation into illegal narcotics bought at the house while working the case,” Lexington County Sheriff Jay Koon said. “Agents recovered about 1,950 grams of meth from a hidden compartment in the home.”

Agents also found more than $14,000 cash and a gun in the home, according to Koon. Sharpe and Cruz were at the home during the search and found to be in possession of meth while agents were on the scene.