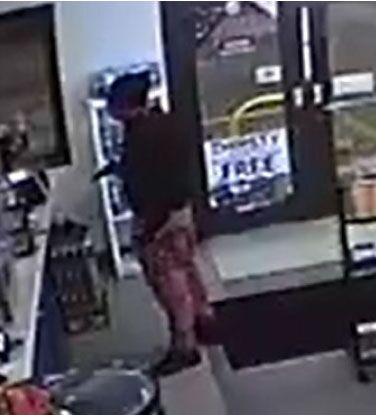 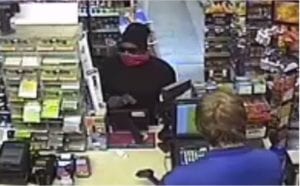 series of armed robberies at a West Columbia convenience store.

Investigators said the first robbery at the Scotchman in the 2900 block of Sunset Boulevard happened Oct. 6 when a black male suspect went into the store about 2:15 a.m. Images from the store’s security system show the suspect wearing a black long sleeved shirt, a black beanie-style cap, sunglasses, and red or pink pants. His face is covered by a red bandana. The suspect is described as being about six feet tall and 200 pounds. 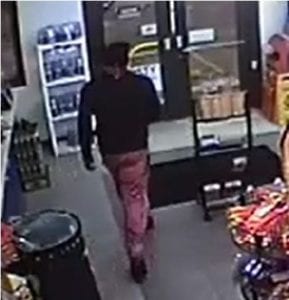 According to detectives, he used a black semiautomatic handgun and got some cash from the clerk before running away from the store. K-9 units tracked him to a nearby parking lot where the trail went cold.

The same store was robbed in the early morning hours of Oct. 23 and Nov. 6 by a suspect fitting the same description.

Anyone who can identify this suspect should contact the Lexington County Sheriff’s Department at 803-785-2400 or Crimestoppers at 888-CRIME-SC. Anonymous tips can be submitted at www.LexingtonSheriff.com. 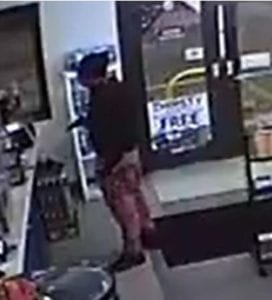