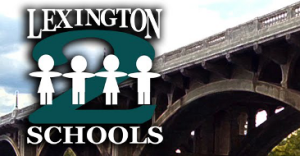 West Columbia – Lexington School District Two will reopen for school for students and staff on Monday, October 12, 2015, after being closed for a week due to flooding and road concerns.

Lexington School District Two is delaying the opening of school for two hours for Monday, October 12, 2015.  This two hour delay will allow our buses and those who are driving to school to operate during daylight hours in returning to school for the first time since the flooding.

For Students and Parents:

Students that are car riders, walkers, etc… should arrive at school two hours later than their normal start of school time.

As a result in this two-hour delay, half-day 3 and 4 year old child development classes are canceled forMonday, October 12, 2015.

Parents can get information about school delays in Lexington School District Two by listening to local radio stations, watching local television stations, and checking the district’s Web site at www.lex2.org and the schools’ and district’s Facebook and Twitter accounts.

Administrators, custodians, and food service employees are to report for work at their regular time.

Teachers, teacher assistants, and office support staff are to report to work two hours later than their normal arrival time.