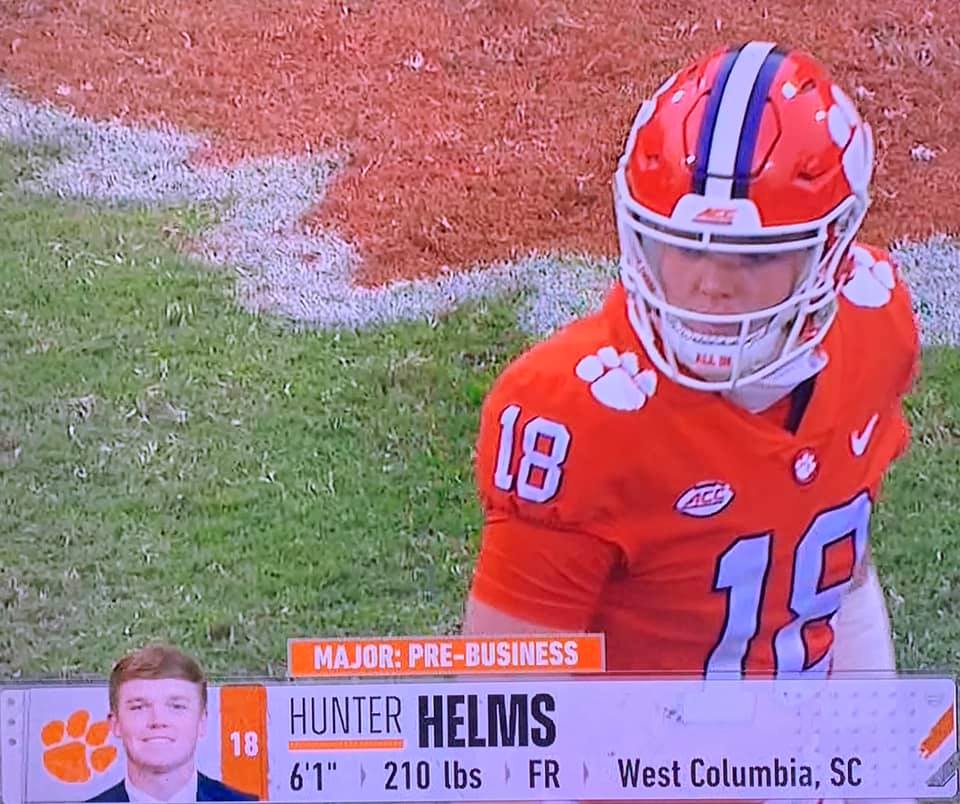 Hunter Helms was placed on scholarship by Clemson University Head Coach Dabo Swinney. Helms’ scholarship will begin in January, according to a forum post on CUTIGERS.com – Click here for link

Helms was a preferred walk-on at Clemson and played high school football at Gray Collegiate Academy in West Columbia.
He is the Tigers’ No. 2 quarterback behind behind starter DJ Uiagalelei. Helms is in his second year at Clemson.

Todd Helms, Hunter’s father said his son “bet on himself” and he “earned a scholarship.

Clemson’s first game is Sept. 4 at Panthers Bank of America Stadium in Charlotte, against Georgia.
Seven other Clemson players were placed on scholarship.