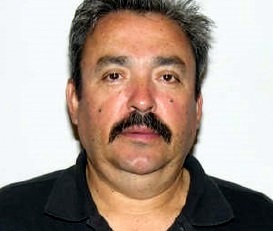 Gregorio M. Leon for the shooting death of a Hispanic male victim during an incident that occurred on Sunday night at the Park and Ride parking lot off Riverchase Way.
At approximately 8:37 p.m. on Sunday, officers of the Lexington Police Department were dispatched to the Park and Ride parking lot on Riverchase Way with a report of a possible shooting.
Upon arriving, officers found a deceased Hispanic male, ho had been shot several times. He was lying on the ground between two vehicles. Officers also made contact with a female victim who had not been injured but had been involved at the time of the shooting.
During the course of the investigation detectives were able to identify Gregorio M. Leon as the shooter of the Hispanic male victim.
Leon turned himself in at the Lexington Police Department and was transported to the Lexington County Detention Center for booking.
Leon has been charged with Murder, Attempted Murder, and Possession of a Firearm During the Commission of a Violent Crime. Information regarding the names of the victims cannot be released at this time.