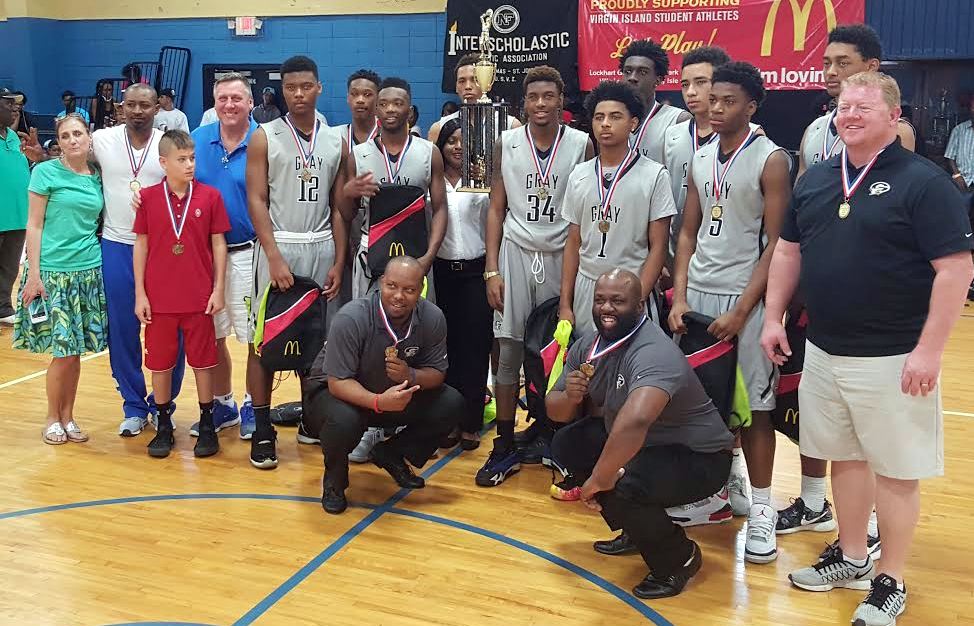 Virgin Islands Lt. Governor Osbert Potter presented the trophy and medals to the War Eagles following the victory. Teams in the tournament came from St.Thomas, St. John’s and St. Croix along with Gray from the US.

GCA Freshman Juwan Gary was named the tournament’s Most Valuable Player after averaging 14 points per contest. Gary is considered by many to be one of the top players nationally in the Class of 2019. Khalil Robinson was given the sportsmanship award for his performance at the event. Robinson is another freshman on the GCA squad.
Gray is currently ranked No. 2 in the Midlands with a 16-2 record.  The War Eagles are scheduled to face Camden Military at home Thursday, Jan. 21.