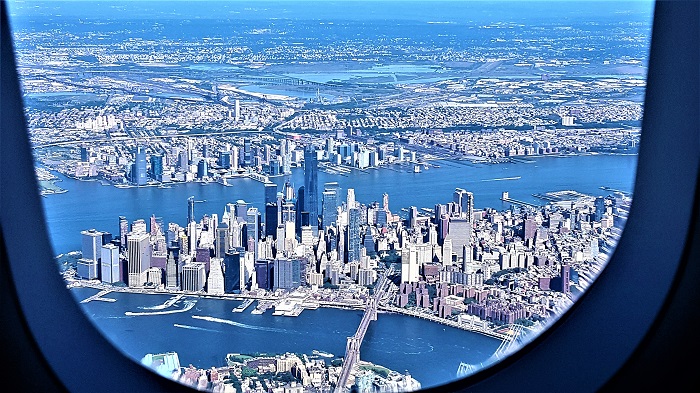 From West Columbia to New York City; An unexpected pleasure

July 21, 2020|admin|Comments Off on From West Columbia to New York City; An unexpected pleasure|NEWS

By Terry Ward- I was filtering through some old photos and came across a file entitled NYC.

It was June 2016, our anniversary, and my first trip to New York City. Airbnb was catching on, and my wife Lana, booked us in a six-story apartment building in Harlem.

The flat belonged to Sara who was born in Great Britain and she had a medical doctor’s degree. Sara told us she had stopped practicing to pursue a career in social work. She was scheduled to go to Fire Island for the weekend while we rented her place, but her plans fell through, so she and her two-year-old son Arthur, were going to stay with us.  With Airbnb, it seems, the conditions of the accommodations can change.

I never had a yearning to visit NYC, it was Lana’s idea. But I must say, after touching down at JFK, and taking a bus from Queens to Harlem, an exhilarating span of time began.

Seeing the site of the US Open tennis tournament, the East River, and Riker’s Island, just on the bus ride was stimulating. Before we got to Harlem, at 116th Street, I saw the famous Apollo Theater, too.

The signs noting legendary locales were abundant, and the tall buildings went on forever. But our Airbnb was a bit more sedate. It was on a tree-lined avenue.  We actually ran into Sara, who was with stroller and Arthur, on the street. She walked right up to Lana and asked: “Are you the Airbnb coming to stay at my place?”

Sara was a very gracious host, but we did find out upon arrival, she had not installed an air conditioner in our small space yet, and she would inhabit, as explained before, the master bedroom. That June in New York was more like September in South Carolina. It was hot at night, and the little room quickly felt like home.

We ate that afternoon at a place on Fredrick Douglas Boulevard that served soul food. It was $20 for three pieces of fried chicken. It was not a lot different from home. At other times, the food in New York was not overly expensive. We did find that there are many Italian pizza parlors and almost all of it is really good.

We took the Subway a lot. It was an unbelievably convenient way to get around, and people watch. We also did a lot of walking. What impressed me about New York is the architecture. You’d see a building in the Victorian style beside a 75-story modern skyscraper. In other parts of the city there was Art Deco next to gargantuan Gothic. The churches are magnificent.

While in New York, we visited Chinatown, Little Italy, Greenwich Village, Times Square and we took the Staten Island Ferry past the Statue of Liberty. We sat for Shakespeare in Central Park and toured the Metropolitan Museum of Art. There is way too much there to see in one trip. There’s Van Gogh and a shin guard from a Spartan soldier, circa 400 B.C. that I still have not forgotten. A 5,000-year-old Jewish engagement ring is another artifact at The Met that lends perspective to the human experience and posterity.

Also, Sara’s place was just a few blocks from Central Park, and I would wake every morning and run there. It’s overwhelming in its vastness.

While the bigger-than-life sites were on every street corner, one of our most-enjoyable practices during our three-day trip was a quite simple pleasure.

“We’d buy a six-pack, and sit out on the steps of the brownstone as the evening approached. The scene was reminiscent of the Rolling Stones “Waiting for a Friend” video.  To watch the people pass was rich. There was the elderly gentleman in the crumpled three-piece suit, entering his building with groceries from the neighborhood market. We saw the children leaving Morningside Park with baseball gloves and bats, going home to their high-rise.  We would imagine each one’s New York story.

There were so many things that I did not tell about New York, like stumbling upon the Seinfeld Restaurant set or finding the Hudson River and the George Washington Bridge on our last morning there.

New York City is a place that is bigger than you could ever imagine, with more sites than you ever thought there could be. Even if you’re at an age, where you think you cannot be surprised, New York City will amaze you with all there is to see and feel. See more photos below: