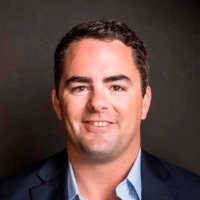 Micah Caskey said he will run for S.C. House Seat 89, being vacated by Kenny Bingham.

Caskey, a prosecutor in the 11th Judicial Circuit, announced his intention to run for the seat, Sunday evening.

Caskey, 34, said in a press release datelined Springdale, he is a lifelong conservative Republican. He said he will file to compete in the GOP primary to be held on June 14.

“I’ve always felt drawn to public service. I have a lot of respect for Representative Bingham and everything he has done for the people of House district 89,” Caskey said in his announcement.

“I’ve grown up here. I grew up working in my family’s small business and I know that I can bring a modern, conservative voice to the legislature,” Caskey said.

Caskey touted his work in the Solicitor’s office on murder and child rape cases. He said he is a decorated former Marine Corps officer who fought in two tours in Iraq (2 tours) and one tour in Afghanistan.

Caskey said he attended Lexington District 2 schools and earned a law degree from the University of South Carolina School of Law. He said he also holds an M.B.A. in International Business from the Darla Moore School of Business. He earned his undergraduate degree at the University of Florida. He is also an Eagle Scout.