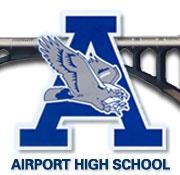 A fire has been reported at Airport High School, Wednesday morning. It has been confirmed by Sgt. Evan Antley of the Cayce Department of Public Safety.

The school, on Boston Avenue, has been evacuated and the Cayce Department of Public Safety – and firefighters- are at the school.

Officials are asking that the public stay away from the area of the school while the fire is handled.