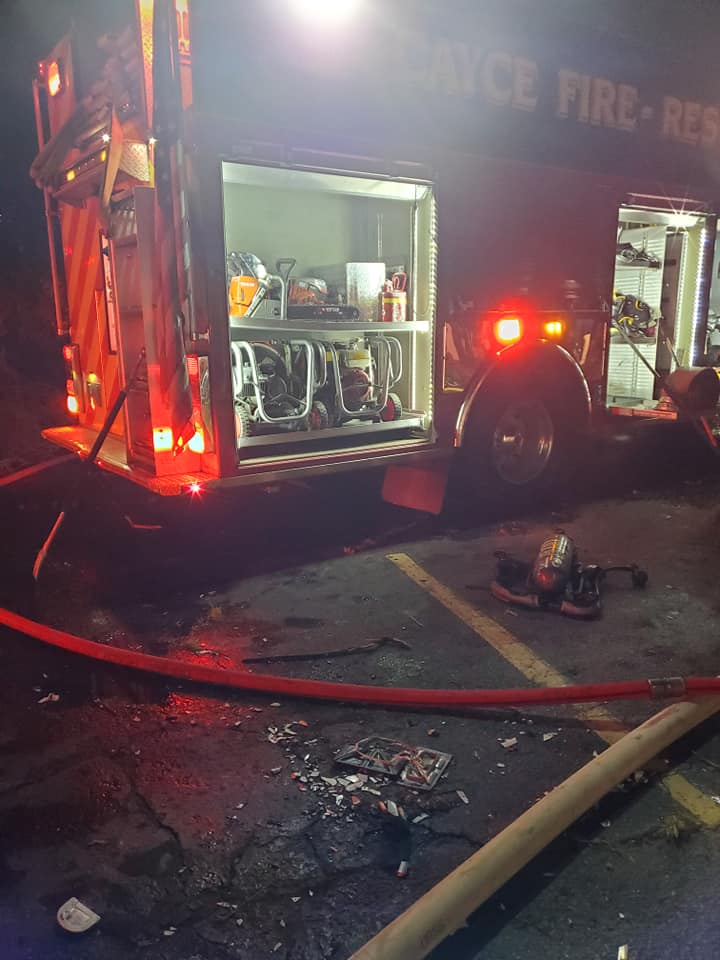 September 20, 2022|admin|Comments Off on Fire at the former Knight’s Inn in Cayce treated as suspicious|NEWS, Social Media

The Cayce Fire Department responded to 1987 Airport Blvd, the former Knight’s Inn, for a reported structure fire at approximately 2:15 am, Tuesday.

Cayce Fire Chief, Steven Bullard, stated, “There were no injuries reported and the cause of the fire is still under investigation. We are currently treating it as a suspicious fire and will provide an update upon completion of our investigation. I am thankful for our hard-working CFD team and the local departments that assisted us.”

When Firefighters arrived on scene, they noted fire was coming through the roof of the main office building. Due to the nature and the potential for a complex incident, West Columbia Fire Department and Lexington County Fire Service was requested for mutual aid.

Firefighters were able to contain the fire to two dwelling units and the roof above those units. In total, there were approximately twenty-five firefighters on scene and they remained on scene for about three hours to ensure complete extinguishment.