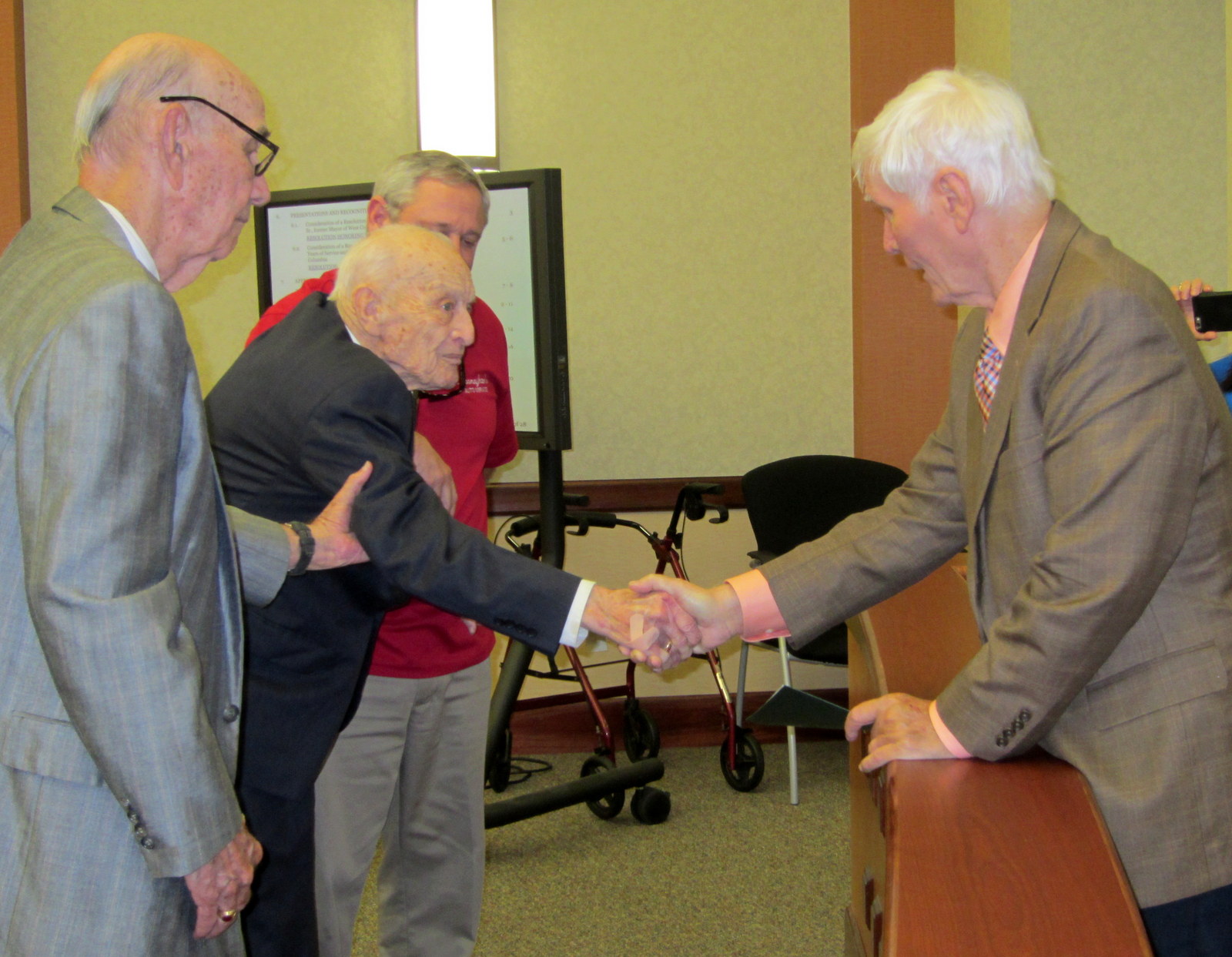 Earle Williams turned 100-years-old on Sept. 27. He was honored – with a resolution noting his contributions – by West Columbia City Council Tuesday.

Williams is the former West Columbia mayor. He thanked everyone for the honor.

Williams – a 1934 Brookland-Cayce graduate – has been honored by the Brookland-Cayce alumni and the Greater Cayce-West Columbia Chamber with its Lifetime Achievement Award. He received a birthday party at his church, Brookland United Methodist Church, on Sept. 27.