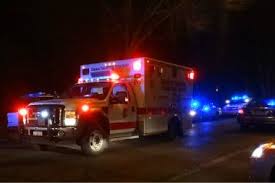 The individual killed in Friday night in a head­on collision, near Gaston, on Blackville Road has been identified.

Lexington County Coroner Margaret Fisher has identified the individual who was killed as Christopher Alan Davis, age 28, of Lexington.

An autopsy revealed that Davis died as a result of the injuries he sustained in the accident.

The accident occurred at approximately 8:30 p.m. about 2.5 miles southwest of Gaston.

The fatality was the result of a 1993 Honda traveling east on Blackville Road. It crossed the center lane and ran into a 1998 Buick that was headed west, according to a South Carolina Highway Patrol report.

The driver of the Honda , who was not wearing a seatbelt, was killed in the collision. South Carolina Highway Patrol and Lexington County coroner’s office are investigating the accident.