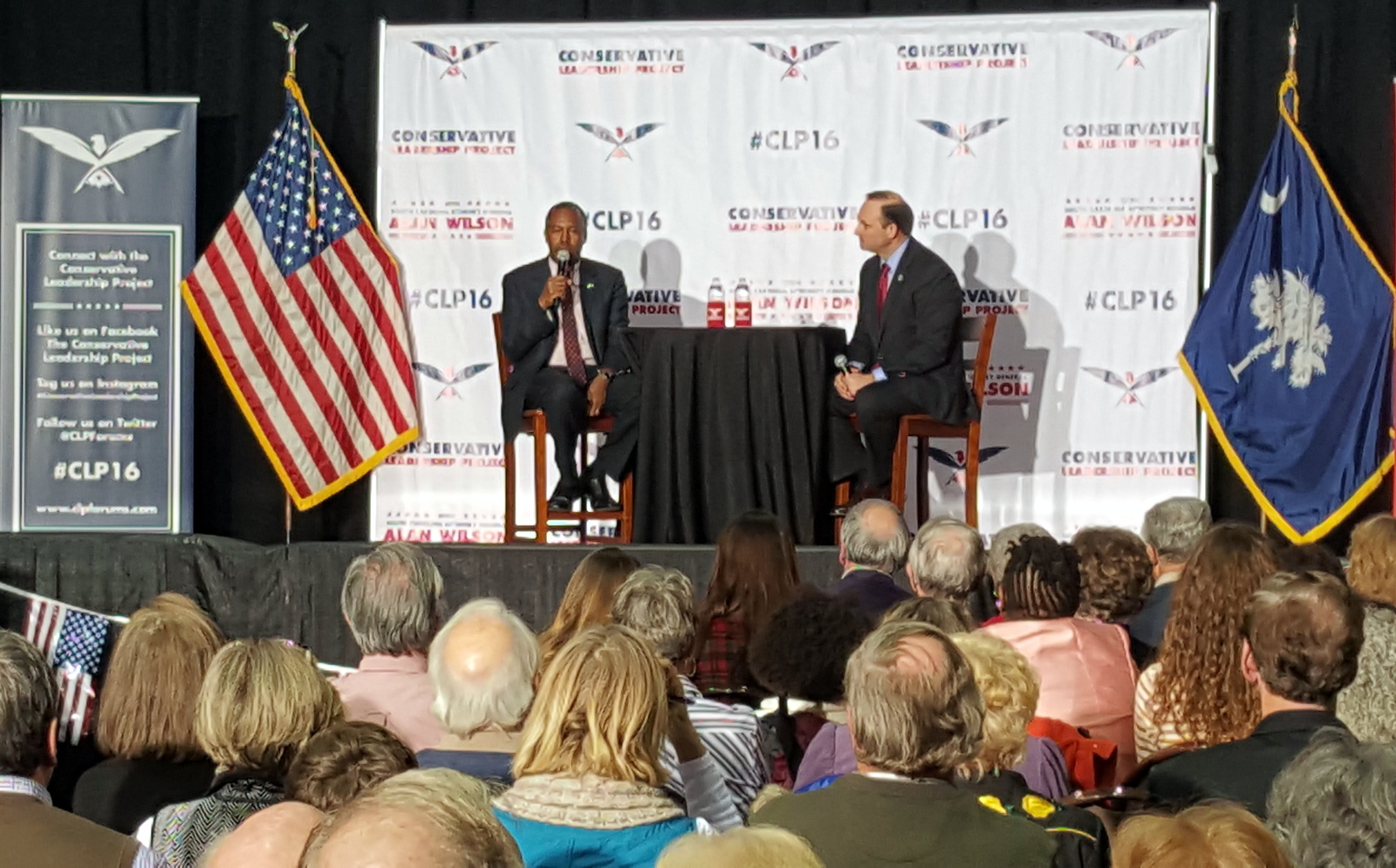 Dr. Ben Carson was in West Columbia Monday evening. He spoke at the Brookland Baptist Church  Banquet and Conference Center.

Carson, who is running to be the GOP 2016 nominee for president, was the guest of The Conservative Leadership Project’s Presidential Forum Series. It is moderated by South Carolina Attorney General Alan Wilson.

Carson is third in polls for the Republican nomination. He is receiving protection from the U.S. Secret Service. Agents were in West Columbia – working the door-  for Carson’s  appearance.