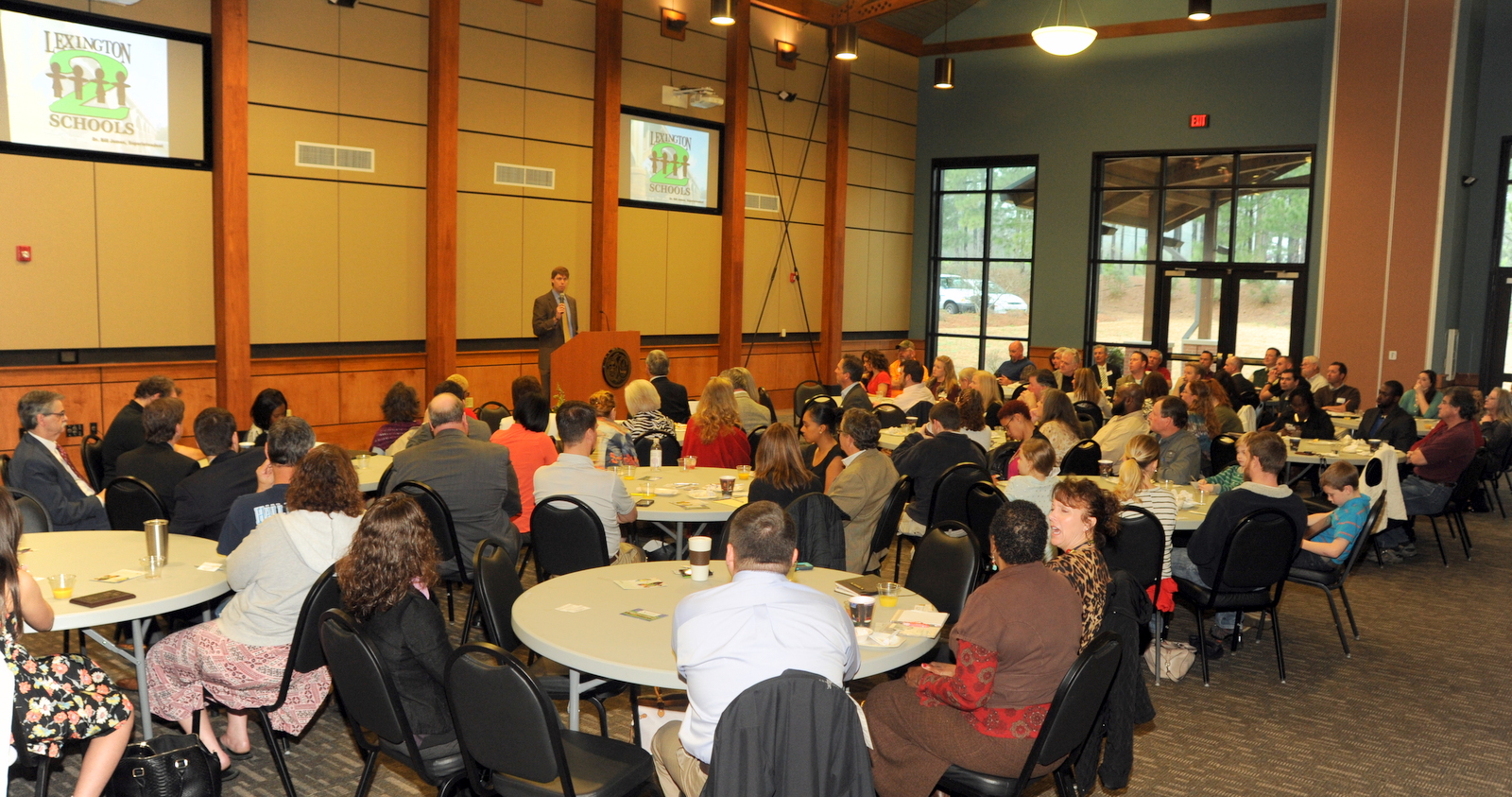 “We’re a pretty big business,” James said. “And a lot of things have to come together for it all to work well.” James, the superintendent of Lexington School District 2, was the guest speaker at the meeting held at the S.C. State Farmer’s Market in West Columbia.

“One half of all the children in the district ride the bus,” James said. “We drive one million bus miles a year.” James said the district’s transportation department does a good job.

He also said schools serve breakfast, lunch and dinner in some cases to the tune of 1.8 million meals a year. There are close to 9,000 students in the district. James said education begins with the very young and goes through 3K, up to adult education.

“We have a very good school system,” James said.

The breakfast was sponsored by Lexington School District 2 and Dupre at The Market.