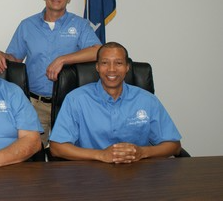 Daniel Davis has been elected the mayor of Pine Ridge. He defeated Kevin Nation by one vote. Davis previously served as Pine Ridge Mayor Pro-tem.

According to the Lexington County Election Commission, Davis received 105 votes and Nation received 104. There was one write-in vote.

The Lexington County Board of Registration and Elections met Thursday morning and certified the election and conducted a recount. There was no change in the numbers after the recount.

Former Mayor Robert Wells resigned his position as mayor of Pine Ridge in March due to health issues.