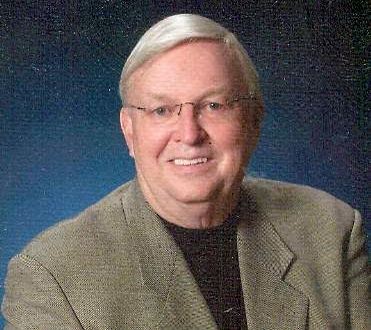 Proponents of a sales tax hike in Lexington County had several advantages in last year’s referendum — including the backing of the political establishment, and deep pockets which enabled them to spend untold sums on large billboards and slick advertisements.

By contrast, the citizens committee working to defeat the tax increase – of which I was co-chair– mainly passed out fliers, the only form of campaigning we could afford on a shoestring budget.

Despite the disparity in funding, the tax increase went down to a stunning 2-to-1 defeat on Election Day.

The most obvious answer is that there was backlash against the abundance of “pork” in what was billed as a “roads” plan. About a third of the $361 million package was for items unrelated to roads — community centers, sports facilities, government buildings and such.

To some, this “wish list” approach tapped into larger concerns over the county’s financial stewardship, rekindling discontent over how public funds are spent and how contracts are awarded. Voters won’t likely raise their own taxes if they don’t feel their tax dollars are being put to wise use.

And then there’s the matter of trust. The perception that citizens are kept in the dark about important matters helped fuel a sense of distrust which made a tax increase a difficult sell.

It’d be difficult for me to support another sales tax vote in the near future, as my constituents don’t appear to favor of one. Nonetheless, talk has been swirling recently about the prospect of a similar referendum next year.

If a new referendum is in store, a different approach is needed. There are five steps I believe county officials must take:

1. Make it a roads-only plan. Maybe the people of Chapin would like a $4 million fine arts center. And perhaps Pine Ridge residents actually do want a $12 million soccer/volleyball complex. But those are wants, not needs. They have no place in a “roads” package. If a second “roads” referendum is to be taken seriously, county leaders will forgo the millions in frivolous spending.

2. Eliminate budget waste. A cursory review of the county budget would reveal millions in spending which the average person would consider excessive or unnecessary – from a large, no-bid engineering contract to smaller $25,000 donations to community groups.

Before increasing the tax burden on citizens, we must make an honest effort to eliminate or reduce spending unrelated to essential quality-of-life services.

3. Explore ALL options. To hear some tell it, there are only two options: require taxpayers to bear the full costs of any plan, or do nothing. I rarely hear any discussion of, say, asking developers — who are as responsible as anyone for our county’s growing pains — to help share costs. Impact fees are an idea worth at least exploring.

4. Adopt a plan. Any new tax shouldn’t be a “Band-Aid” but should instead be part of a comprehensive growth management plan. Furthermore, if our growth challenges are so dire as to require a new tax, perhaps a moratorium on zoning variances is in order. It would defy logic to raise taxes on citizens while continuing the same policies that got us to this point.

5. Be open with the public. A lot of folks express concern that county government is less than forthcoming about important matters. A controversial $450,000 no-bid contract for engineering work certainly seemed to justify those concerns. Many, myself included, continue to wonder why this particular firm was hired, why the price tag was so high, and why there weren’t bids. It was county officials’ obligation to make sure we had access to those details.

In the future, we must be more open with those whose hard-earned dollars we’re spending. Openness fosters trust.

Last fall’s lopsided results weren’t just a rebuke of a tax plan. They can also be seen as a repudiation of politics-as-usual. Before taking a second bite at the apple, we owe it to the taxpayers to first show improvements in areas where county government falls short. Then, any plan put forward must be smarter and address genuine road needs.

The voters sent a message. It’s up to us to show we heard that message.