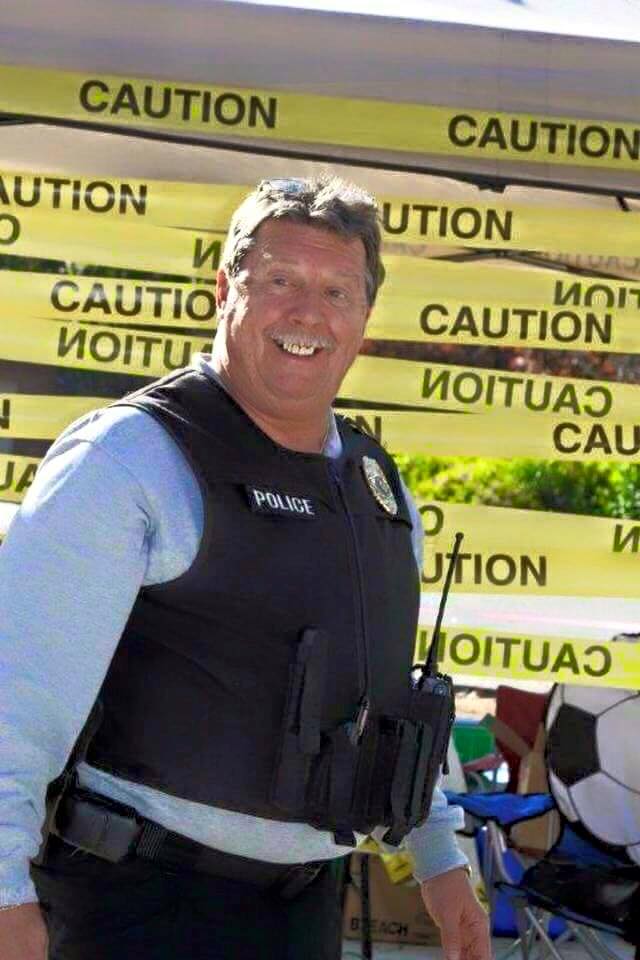 Chuck always had a strong desire to help others. In 1973, upon graduating from Brookland- Cayce High School, Chuck enlisted in the U.S. Air Force. As an airman basic, Chuck performed duties as a jet engine mechanic for the A-10 Warthog at various bases around the world and served in support of Operation Desert Shield/Storm.

Retirement was not in Chuck’s vocabulary and he immediately accepted a position with the West Columbia Police Department. During his 23-year career with the West Columbia Police Department, Chuck served in various positions including patrol officer, community-oriented police officer, shift sergeant, crisis negotiator, training officer, investigator and crime scene investigator.

In 2009, Chuck was selected as Officer of the Year and was nominated for the Tommy Fox Award for bravery after successfully resolving a situation involving a suicidal person. Chuck was also credited with maintaining the department’s blood hound tracking team and in establishing the department’s first community food bank.

In addition to his regular duties, Chuck served two terms as the president of the Lexington County Law Enforcement Officers Association and two terms as a board member of Timberland Place Homeowner’s association.

Outside of work, Chuck was known for his cooking, wood working, gardening and spending time with his family. Chuck volunteered his time and abilities to cook for the local American Legion hut, Lexington County Law Enforcement Officers Association events, weddings and various community fund raisers. Chuck was often told by his neighbors that the aroma of barbecue coming from his house served as their morning wake up call.

To relax, Chuck enjoyed hunting, trading wood-working tips with his son, planting gardens with his daughter, watching John Wayne movies and shagging to live music at Folly Beach with his wife. Chuck was a loving husband, father, grandfather and friend. His selflessness and contributions to his community made a lasting impression on everyone he met. His memory will continue to live on in those that he touched.

He was preceded in death by his father, Charles Douglas Bramlett.

The family would like to thank the nurses and staff of the Critical Care Unit of Lexington Medical Center, Lexington County Fire Service and Emergency Medical Services for their compassionate care of Chuck.